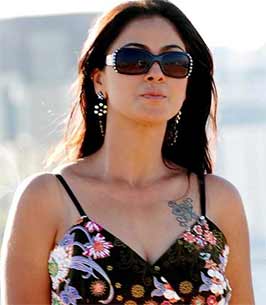 Southern actress Simran Bagga, who recently made a comeback to the industry with Tamil romantic-drama "Aaha Kalyanam", has clarified that she is not part of the remake of recent Malayalam blockbuster "Drishyam" in any language.

"I'm not doing any role in any language in any remake of 'Drishyam'. I shall reveal my professional plans to the media at the appropriate time," Simran said in a statement.

Kamal Haasan will feature in the Tamil remake of "Drishyam", which will be helmed by Jeethu Joseph who had directed the original.

Simran, who ruled the roost in the 1990s and early 2000s, took a break from acting post her marriage in 2003. She is popular for her films such as "Vaali", "Kannathil Muthamittal" and "Panchathantiram".

Deepika Padukone likely to be Summoned by NCB for ...
40 minutes ago