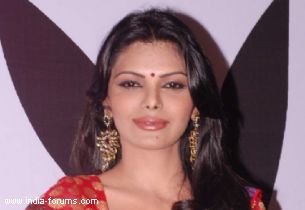 Sherlyn Chopra, who has recently come out with a single "Bad Girl," says she doesn't consider any one in India her competition.

At a charity event Thursday, when asked if she sees actress- singer Priyanka Chopra as competition, Sherlyn said: "I am not competing with anybody from India. I am very, very inspired by Rihanna, Lady Gaga, Miley Cyrus because they seem very fearless."

"They do not step back from taking risks and so I derive my inspiration from such personalities," she added.

Priyanka turned singer and came out with her first single "In My City" in 2012 and then her second song "Exotic" released last year.

Sherlyn will soon be seen in the Hollywood film "Kamasutra 3D".

Delnaaz Irani speaks about entering Choti Sarrdarrni, her ...
20 minutes ago

Madhrima Tulli & Ssharad Malhotra starrer “Pasta” gets an ...
39 minutes ago

Kareena Kapoor Khan’s 40th Birthday: Inside Pics give ...
56 minutes ago