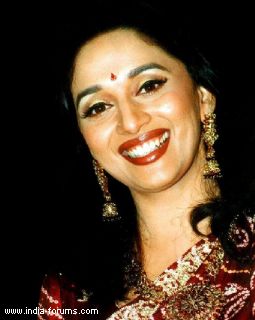 Mumbai, Sep 20 Bollywood diva Madhuri Dixit says her decision to return to India was taken a while ago and was based on a belief that they could do more, on a professional level, back home. She, however, refused to specify a time-frame for her return.

Asked what promoted the decision, Madhuri said: 'We had been toying with the idea for quite some time. We now think maybe this is the right time. The kids need to discover their roots. India is growing into a formidable power. It's become the new land of opportunities.'

'Both my husband and I felt there's so much we can do back home. Whether it's in our profession or on a humanitarian level, we feel there's a lot that we can contribute to our own lives and to society,' Madhuri told IANS in an interview.

On when she would actually return, she said there was 'no time-line as such right now'.

'Once everything is settled and we've wound up our home here(in Denver) only then are we coming back.'

She refused to specify if it would take weeks or months.

'I don't know right now. We're in the middle of wrapping up our lives here.Only then can we decide the date of our return,' she said.

Queried further on the decision to return, and if the fact she had a career in Mumbai played a role, Madhuri said that was 'a small part of it'.

'I was constantly traveling back and forth because my work keeps me busy in India. For my husband, his skills (as a doctor) are equally applicable anywhere, whether it is in the US or India.'

She agreed that the uprooting process would be far more difficult for her husband since he has a thriving medical career in the US.

'Yes, one had to think it to a complete and logical conclusion. It was a very hard decision for us. But once we made up our minds to return to India, we're quite sure we'll see our decision through.'

'Of course for me coming back to India is not such a great change. I've been in and out of India all the time after marriage. For him it's going to be a little more difficult. Sriram loves India and Indian food. He had it in the back of his mind that one day we'd return. But so far we didn't act on it.'

Asked why, she said: 'Maybe because I was happy with the privacy that we had (in the US).'

'The change is far more drastic for him. The work ethics, the environment, everything would be different for him.But he is very Indian at heart. He makes friends very easily.And he's very skilled at his profession. I don't think there should be a problem,' Madhuri added.

On how the change would impact her sons, she said: 'I thought it would be great if they grew up in India. They'd know their culture, their roots. They'd know where they come from. India is so rich culturally. There's so much for them to do and learn at home in India.'

She said this was the right age for them to return to India, as being so young, the children could adapt.

'If they got older, it would be harder for them. They're excited about going to India. Of course they're sad to leave behind their friends here. But they know they will make new friends there. Nowadays the schools in the US are not very different from the ones in Mumbai. And kids adapt very quickly. In no time my sons will make friends and learn Hindi.'

Madhuri had moved to US after marrying cardio-vascular surgeon Shriram Madhav Nene in 1999. They have two sons - Arin (born in 2003) and Rayaan (born in 2005).