New Delhi, Sep 25 (IANS) He tickled audiences with his hit TV series 'Khichdi' and now actor-producer Jamnadas Majethia is bringing the same humour on celluloid with 'Khichdi - The Movie'. But he says there will be no over-the-top comedy here. 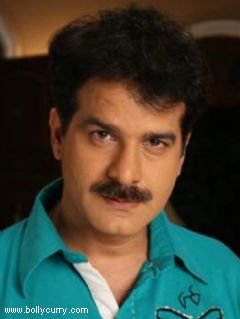 'Khichdi-TheMovie' is non-stop laughter for two hours. Although the essence of the film remains the same, the content is completely fresh. Unlike other actors who are seen doing over-the-top comedy in films, you won't see any such thing is this movie. It is a completely character-based comedy,' Mathejia told IANS on phone from Mumbai.

'A lot of people warned me that I am taking a risk with this movie. With no big stars, they said the film has less chances of succeeding. There are indeed lots of expectations as the show was a hit on the small screen, but I am confident of the product and I am sure people will also like it,' he said.

Although the film retains most of the star cast, Vandana has been replaced by actress Nimisha Vakharia as Jayshree.

'The film holds a special place in my heart because it is not only my first film as a producer and an actor. My daughter Kesar is also making her film debut with it as Hansa and Praful's daughter Chakki,' he said.

Releasing Oct 1, the film shows Hansa's father on the death bed and he tells Hansa his last wish is that she should take care of her brother Himanshu. What the Parekh family goes through to keep Himanshu happy is what the movie is all about. Mathejia has also managed to rope in Fox Star Studios to distribute their film.

Mathejia insists that the technical process of television is quite simple compared to films.

'Filmmaking is a long process compared to television which is spontaneous. In television you just shoot, do the dubbing, edit and an episode is ready. But there is more scope of improvement when it comes to making something for the big screen. You get more time to justify the creative aspect,' he added.

The film's budget is not very high; so Mathejia is finding it hard to promote the movie.

'Being a reasonable budget film and no big stars, we are not getting enough of a window to promote our film. Small budget films often struggle to make a place for themselves in the market. Something really has to be done so that such films don't get overshadowed by big ones,' he said.