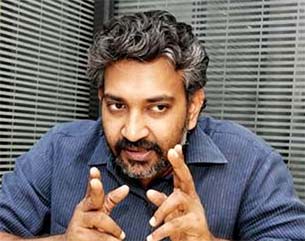 Filmmaker S.S. Rajamouli has said that he is not working on any other project besides his ambitious Telugu period-drama "Baahubali". He has also refuted rumours about teaming up with actor Allu Arjun.

"Though I (would) love to work with Bunny (Allu Arjun), there hasn't been any plan or talks yet. All you see are mere speculations. (I) won't be planning anything till 'Baahubali' is over," posted Rajamouli on his Twitter page.

It is being jointly produced by Shobu Yarlagadda, Prasad Devineni and K. Raghavendra Rao.