New Delhi, Jan 31 (IANS) Bollywood item girl Yana Gupta, who has no projects in her kitty right now, says she will only take up films that are original and challenging.

'I would come to Bollywood only if a great project comes up. I don't really think I would do a film that is a copy of a Hollywood flick. Also, I will not work with people who copy and have no stand of their own,' Yana told IANS in an interview.

'No more ornamental roles for me!' she stressed. 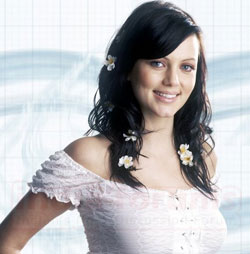 The Czech model struck gold after featuring in the Kingfisher calendar. Her stint in Bollywood started with the film 'Dum', which sank without a trace at the box office. But Yana's sizzling performance in the song 'Babuji zara dheere chalo...' turned her into a star overnight.

But she is still waiting for a solo hit. The celebrity candidly confesses that many projects slip out of her hand because she doesn't have command over the Hindi language.

'I wouldn't deny that Hindi is not an issue with me. I had to say no to some projects because people wanted someone else to dub for me and I didn't.'

'I wouldn't mind playing an NRI or a foreigner but I will do the dubbing myself. Otherwise the same passion won't reflect on-screen and again I am doing nothing in the film than just looking good.'

So what is keeping her busy?

'I am currently working on my yet-to-be titled book on nutrition and a pop album for which I have written, composed and sung songs.

'Actually, I am a fitness freak and when I came to Mumbai I gradually put on a lot of weight, courtesy the Indian food. It is too yummy to resist and full of fats.

'Also, people in the country are increasingly becoming conscious about their looks but are hardly aware of their fitness levels. All this prodded me to write a book on nutrition.

'As far as music is concerned, I was trained for two years in music when I was a child in Czechoslovakia (now the Czech Republic). Moreover, I have already completed a jazz album that we will use only for promotion. My pop album would be officially my debut album.'

Commenting on her experience of writing and composing songs, she said: 'While composing just happened, writing songs wasn't so easy. I had to work a lot on my vocabulary, as English is not my mother tongue. I started with writing poetry and then gradually moved on to songs.'

She stated that both her book and album would release this year.