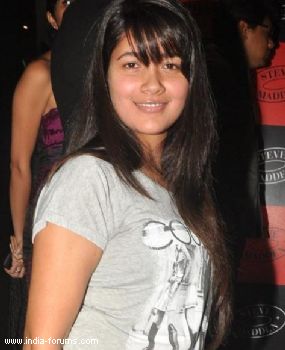 Television actress Narayani Shastri is a fitness freak but does not believe in dieting.

"I am a fitness freak, but I don't believe in dieting at all. It is the biggest turn off for me. Workout helps. I wake up at six in the morning and head to the gym," Narayani told IANS.

The 33-year-old is all set to play the protagonist in Zee TV's new show, "Phir Subah Hogi" going on air April 17.

She will be portraying the character of Gulabia, a Raai dancer and said: "I play a Raai dancer in the show. But I did not learn dance for my character. I just saw some some footage of women doing the dance and got the dance steps right."

Demigoddess 8 years ago she had done fab work in past, and am sure will do the same in psh too

LimitLessFan 8 years ago I like her, she is very good actress, her personal life was a mess, glad she is back and sure to win hearts again

Shaina_b 10 years ago Deepika is better than Asin for sure!!!!

Chitra89 10 years ago ok no offence but Deepika and Abhishek as couple??? nooooooooo way !!
i am so glad Asin doesn't want to do tht movie. really!
plzzzzzzzzzzzzz, don't tk my comment seriously. i might my mind after seeing them together, who kno's !!?

Parth Samthaan: Kasautii Zindagii Kay has shaped me as an ...
14 minutes ago