View Profile
Winner of Zee Cinestar Ki Khoj, Sarwar Ahuja may have failed to make a name for himself amongst the viewers with his debut in Khanna And Iyer, but the actor surely has been successful in making a special place in the hearts of the producers. Sarwar is all set to reappear on the silver screen with his upcoming film Hum Phirr Milein Na Milein. Let’s share a few moments with this young guy and try to know more about the film and his real self.

Q. Tell us about your character in Hum Phirr Milein Na Milein?
A. I am playing a happy-go-lucky kind of a guy, residing in Shimla and happy to be around his friends. Suddenly, a girl from Delhi comes to Shimla and this guy falls in love with her. After getting in love, I no longer remain a happy-go-lucky kind of a guy; instead, I turn into a serious man. 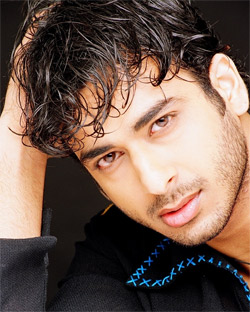 Q. Like your first film, even in Hum Phirr Milein Na Milein, the actress and the director are new. Do you think you would be able to cement your place in Bollywood in this way?
A. See, even I am new to the industry so, I don’t think that working with newcomers is a problem. Instead, I believe that newcomers have a tremendous determination to prove themselves. I don’t say that others don’t work hard but the kind of hard work the newcomers put in their work cannot be compared with anyone.

Q. You had previously said that if you fail to establish yourself in Bollywood, you would return back to your hometown. Now what you have to say about it?
A. After being in this industry for two years now I have started feeling that even I am a part of it. Like every person travel to different cities in search of work, I, too, have landed in Bollywood for getting a job. Now I have started getting work and am very happy about it. I am also happy to have my own house, car and many friends in Mumbai.

Q. That means you are very happy with your career?
A. Yes, of course. I am getting a lot of appreciation for my work. If there are any loopholes then I am working on it. Even my family is happy with my career growth. My family has always advised me to be faithful with any work I take up.

Q. There are many actors who have got the support of their family to establish themselves in this industry. Have you ever felt even you would have been lucky like them?
A. No, I have never felt such a thing. But I feel that the ones who have been getting the support of their family should stand up to the expectations of their respective families. Those new comers who are coming from a filmy background should come fully prepared so that their families don’t get depressed seeing them failing. I feel very proud to be here without any support. This is like a passion for me. Instead of running behind your dad, do something so that your dad runs behind you.

Q. How much do you believe in competition?
A. I believe a lot in it. If given a chance to work with a big director, I won’t be worried to work with him. I am ready to work anywhere, anytime and with anyone without any condition.

Q. How much competition do you have with the star kids?
A. I don’t have any kind of competition with the star kids. People who come on their own have the kind of grit and determination to make it big. Those who are been born and brought up with lots of love doesn’t reach anywhere due to their habit of being dependent on others. Even then I am ready to compete if they feel like.

Q. Any dream role?
A. Until now there’s no such character which has attracted my attention. Yes, but given a chance I would love to do Sanjay Dutt’s character in Vaastav.

Q. Before Khanna And Iyer, Zee TV’s Race was to be made, but got stuck due to some unknown reason. Did you ever get any call from them regarding the film?
A. I haven’t got any call until now though I do meet them time to time. The problem with me is that I don’t go to anyone for films. I feel that asking for work displays your bad impression on others. Along with it, this also affects your good relationship with that person. If he doesn’t want to give you work, then he would start hesitating to face you or attend your calls. I don’t want such things to happen with me.

Q. Tell us about your future projects.
A. Along with Hum Phirr Milein Na Milein, I have Meri Padosan, Basu Chatterjee’s Kuch Khatta Kuch Mitha, Abdul Khayum’s Aissi Deewangi and Paape We Love You. Apart from these, I have also signed two films with Abdul Khayum and Hum Phirr Milein Na Milein’s producer Manish Goyal respectively. I also have two films due with Mukta Arts. In Meri Padosan I am playing the role of a struggling director while in Kuch Khatta Kuch Mitha I would be seen as an angry young man. In Aissi Deewangi I am an action hero and Pappe We Love You is based on a child in which I lose my every belonging for the love towards a kid.
-Rajnee Gupta
0 Likes