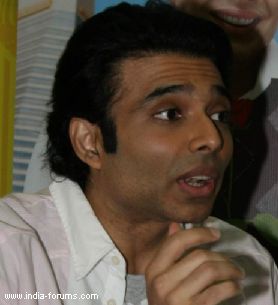 Actor-producer Uday Chopra has often been linked to actress Nargis Fakhri, but he likes to stick to the usual "she is just a friend" or simply dodge the question.

When asked about his rumoured girl friend Nargis, he told IANS: "This is a mandatory question asked to me and my mandatory answer is no comments. She is just a friend of mine and I don't want to say anything more."

The 41-year-old had even joked about their alleged relationship some time back by posting a picture on Twitter in which he was seen posing with a mug that has a picture of Nargis on it, stating: "Who is this @NargisFakhri that everyone keeps linking me with... I've never heard of her."