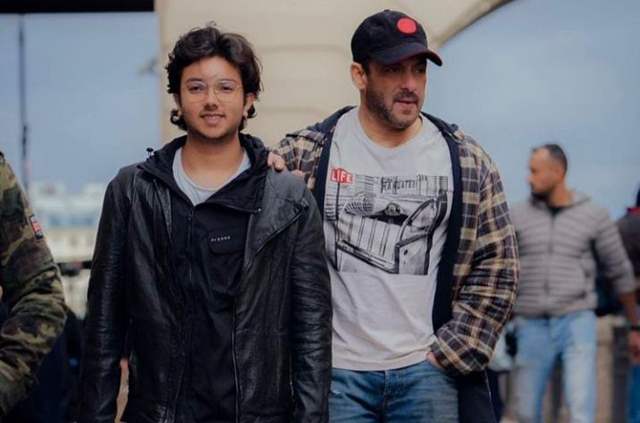 While Salman Khan and Katrina Kaif are currently shooting for their next film Tiger 3 in Russia, some latest pictures shared by the actor with his nephew have created a buzz around.

Salman took to Instagram to share a glimpse of their bonding session on Tiger 3 sets and captioned the image saying 'Chacha Bhatija'.

It has been said that Nirvan is keen to join movies very soon and plans to become a director so to learn and get the firsthand experience he decided to come on board as an assistant director.

Salman felt taking Nirvan along with him  would give his nephew a good exposure as it is a big scale film and would help him learn many technical skills.

He is also making sure that he only picks up the right things.

On the sets Nirvan is apparently coordinating with all departments and cast members.

Salman Khan and Katrina Kaif are currently shooting for their next film Tiger 3 in Russia. Emraan Hashmi will play the role of antagonist in the spy thriller film. The film is produced by Yash Raj films and is directed by Maneesh Sharma.

1 months ago Salman Khan is not nirvan Khan mamu he is his chacha. Your title and your article doesn't match