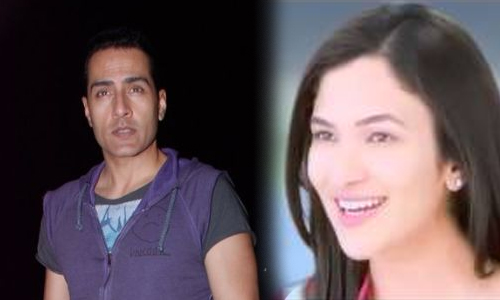 Leading Channel Life OK is innovating its strategy with the new shows in the pipeline. As we have already reported about DJ's Creative Unit's much touted big budget show Chamak to be made on the lines of a critically acclaimed film Fashion, here we update you with the lead actress of the show.

Earlier Devon Ke Dev. Mahadev fame Puja Bose was approached to play the lead but owing to some changes, a new comer Ridhima Pandit has been roped in to essay the lead role.

Our source says, "Ridhima has done a few ads and the latest one is the Fair and Lovely ad. Versatile actor Sudhanshu Pandey who was last seen in Veera, has been roped in to play a pivotal role in the show."

Adding further our source says, "Ridhima will be shooting for the pilot episode of the show soon."

"The story focuses on the glamor and how the girl gets into the fashion industry. While sometime back a few reports had stated that actor Kunal Verma has been roped in to play the lead role so the story revolve around Kunal, the new girl and his father who runs a renowned fashion house and also is a big time Casanova. Eventually both of them end up liking the new girl," concludes our source.

Well the story looks very fresh and apt as per its concept!

not.here 6 years ago I'm not sure if I get this correctly. Both the father and the son will be after the same girl? Is that right?

incandescent 9 years ago I didn't know anything about Silk Smitha. But it sounds like she might have been exploited. I am just concerned whether Ekta's version of the events is right.

sitakshii 9 years ago vidya is looking like an idiot and so cheap ...i never expected vidya to expose just for few bucks ,she has stooped so low...

Snehabr 9 years ago Vidya is such an insult to silk smitha!! and Ekta needs to rethink if she is dedicating a movie to someone who is dead...atleast respect them as a person...the movie title and the way it is shown is sick...and silk smitha was exploited in reality!!

Aishu55 9 years ago Vidya is a really perfect choice to replace silk smitha..but i feel mallika sherawat would hav looked better with her eyes equalling that of silk..

Naina007 9 years ago I don't get why Bollywood is trying so hard to be so "western"... why can't we hold onto our culture? Ekta's movies are always about sex and skin show. What are they trying to teach the young generations? We should all strip now and lose our shame too?

Mahika24 9 years ago totally agree with you taral83, same goes for me, i have no desire to watch this disgusting movie

taral83 9 years ago hm...I know this film is based on someone...but the title of the movie it self is a turn off. I am sorry but its just makes me sick. We don't need this in our films. We get enough of it from hollywood. This is going to be a flop. What can possibly be beautiful or interesting about this movie? What is so amazing about the character they are depicting? What is Ekta trying to convey, that some semi-po*n star that is bearing half her chest with three men around her is some sort of history that needs to be re-told? Just gross..I like Vidya, she is very talented, but why do something like this???? Silk didn't do anything that needs a whole movie on her, I am sorry just my POV. I won't be watching this garbage.

R.A.J 9 years ago Oh no!!! Movie mein she hd to, i cn undstnd dt bt why live? Does'nt she knw d audience of India?