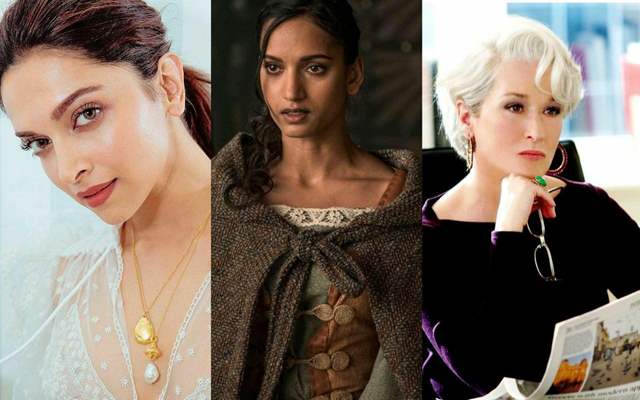 Deepika Padukone is not only an accomplished top Indian actress but also an inspiration to thousands of young girls and aspiring actresses. Her journey, both professional and personal, is what youngsters look up to and want to imbibe.

Just like this when upcoming actress, Amita Suman was asked about the actors who inspire her, she wrote, 'Deepika Padukone & Meryl Streep. Both are phenomenal'

The 23 year old Amita Suman stars in the Netflix series titled, Shadow and Bone. A Nepali by origin, Amita dreams of making it big in Bollywood. And with her post, it's evident that she looks at Deepika Padukone and Meryl Streep as her idols.

Both her idols are from different generations and from different film industries, but what they have in common is extreme passion for what they do; they are both powerful actors as well as they are making a huge difference with their work.

Earlier, Manushi Chhillar too had said she felt lucky to have a debut like Deepika's. She had said, "When you say that I'm getting a Diwali debut similar to the debut Deepika Padukone got with 'Om Shanti Om', I can only consider myself fortunate. Deepika is someone many girls look up to and is an inspiration to many."

Despite having no connections with the film Industry, Deepika made it to the top as an actress. She's a reigning queen of Btown, be it her beauty, blockbuster films, top banners, coveted brand deals, international appearances or fan following, she's got it all and in abundance. She's a perfect role model for all the girls across the length and breadth of this country, thanks to her magical success story.

No wonder then that girls not just admire her but also dream of becoming like her someday, following in her footsteps.