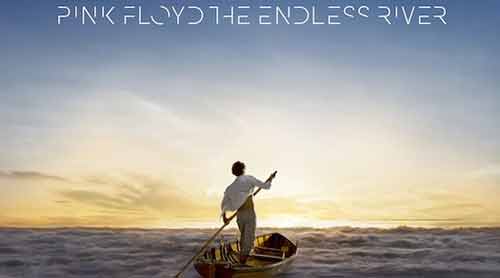 Following a hiatus of 20 years, legendary British rock band Pink Floyd is back and ready to take the music world by storm with their new album. Formed in 1965 by four English students, the band gave new meaning to term "psychedelic rock" and revolutionised the music scene in the 1970s.

"The Endless River" is scheduled to release Nov 7 and lead singer-guitarist David Gilmour has announced this will be the last Pink Floyd album.

Gilmour has dedicated the album to the band's keyboardist, Rick Wright, who passed away in 2008. Wright co-founded Pink Floyd with Syd Barrett, Roger Waters, and Nick Mason.

The latest album has been created by using 20 hours of unreleased material that the band wrote, recorded and produced with Wright for Pink Floyd's 14th and last studio album, "The Division Bell".

Pink Floyd describes "The Endless River" as a predominantly ambient and instrumental album, with the closing track, "Louder Than Words", the only song with vocals, written by Gilmour's wife, Polly Samson. The track is being released as promotional material for the album.

In addition, astrophysicist Stephen Hawking's voice will feature on a track titled "Talkin Hawkin", a sequel to the song "Keep Talking" from "The Division Bell".

The album derives its name from the single, "High Hopes" from "The Division Bell".

The cover art depicts a man in an open shirt on a boat rowing across a sea of clouds towards the sun.

After giving immortal hits like "Another Brick on the Wall", "Time", "Money", "Wish You Were Here", "Brain Damage", "Welcome to the Machine", "Shine on you Crazy Diamond", the expectations from "The Endless River" are very high indeed.

Fans in India are reacting differently to the Pink Floyd's new endeavour.

"Pink Floyd has been one of the building blocks for all musicians. To go back to their old sounds will be pointless, we want to hear something new, how they have grown with age," Neel Adhikari, singer-songwriter for Kolkata-based bands Neel and the Lightbulbs and Gandu Circus, told IANS.

But for a hardcore fan and part-time musician Sanjay Kalita, Pink Floyd should stick to their signature tunes because that is what they are famous for.

"This band was known for their radicalisation. Their music gave that power to people. I would really want to see if they still have that after 20 years," Sanjay said.

"In 20 years, it would be interesting to know where have they evolved. The old inspirational sounds will always remain," Amit added.

"From the time they launched till date, Pink Floyd is still heard by many and have a widespread fan following. I want something memorable, which can be passed down to future generations," said Gucci Singh, singer-guitarist for Delhi-based band, Crazy Weather.

"Waters took with him the very life of Pink Floyd. The beauty of the band can only be revived if Waters joins Gilmour again," Majaw added.

"I grew up listening to Pink Floyd. My father introduced me to 'Shine on you Crazy Diamond' and I was absolutely startled to hear how it unfolded," said a Delhi-based 25-year-old media professional and a hardcore fan.

"I could just listen to it and drift off. I do not want them to change because no one can or even try to create sounds like Pink Floyd did."