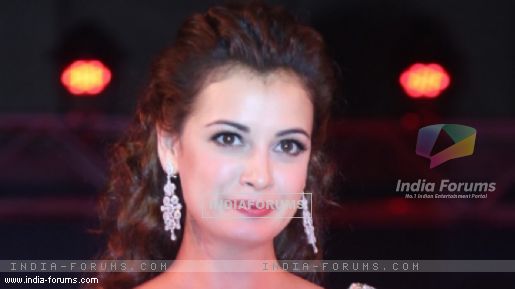 Actress-producer Dia Mirza says being a film producer is tough, but nothing has ever made her feel more creatively satisfied.

Dia has produced two films "Love Breakups Zindagi" and "Bobby Jasoos" under her banner Born Free Entertainment, which she co-owns with her fiance Sahil Sangha.

"Producing films is not easy at all. Even when I was only an actor, I appreciated the role of my producers because it's daunting to put a film together, to make the written word in the script a tangible reality, to take it to the theatres and ensure it gets to the audiences," said the 32-year-old said.

"It's a lot of work. But I must admit I haven't felt more creatively satisfied doing anything else as making films," the former beauty queen said here Wednesday at the launch of the edition of Savvy magazine featuring her on the cover.

The going hasn't been easy as a woman producer for Dia.

"Being a woman producer can be tough and also be easy. Tough because it is largely a male-dominated industry. When I started out, nobody took me seriously. But when I made my first film, everyone was surprised.

"With my second film, I managed to seal the stamp within the industry to say that 'I am serious about what I am doing'," she added.

As of now, Dia is awaiting her nuptials with Sahil. Their wedding is due to be held in October in Delhi.