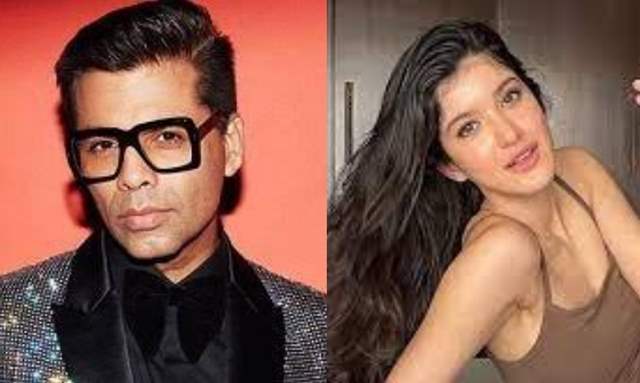 Shanaya Kapoor, daughter of actor Sanjay Kapoor and Maheep Kapoor, is all set to make her Bollywood debut with Karan Johar's Dharma Productions. However, it appears that the aspiring actor will have to go through a difficult period to impress the audience and win their hearts. The actress was seen in an ad recently, where fans saw a glimpse of Shanaya's acting skills. The ad featuring Shanaya was shared by filmmaker Karan Johar on his Instagram handle on Tuesday morning.

Shanaya can be seen in the video goofing off with a large bowl of spaghetti while repeatedly asking those around her if her hair is fine. The star child looks stunning, and the overall tone of the ad film is lighthearted and playful.

However, as soon as the video went viral, netizens reacted by comparing her to Ananya Panday.

Karan Johar took to his Instagram and wrote, “Oh my god, @shanayakapoor02! Your hair looks gorgeous. But are you sure you have seen a bowl of spaghetti before?" as soon as the video was posted, netizens reacted quickly, one said, “Why is she so Ananya".

Many people find Ananya's and Shanaya's voices similar and write "Why do all of them sound the same?" they wondered.

"Why is she speaking like Ananya Panday?" said the other.

Shanaya isn't the first celebrity kid to become a victim of trolling for something so insignificant. Star kids like Khushi Kapoor and Suhana Khan were also previously trolled by Instagram users.

Talking about work, Shanaya Kapoor is all set to make her Bollywood debut with Karan Johar’s Dharma production.

+ 2
1 months ago KJoke still peddling the nepotism eh? He such a fake piece of shit

1 months ago I didn't troll her but why does she act or talk like Ananya Pandey?