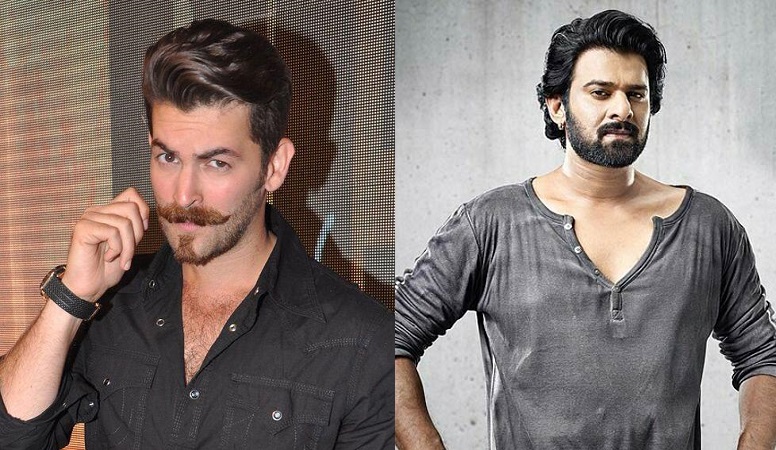 Actor Neil Nitin Mukesh, last seen on screen in an antagonist's role in southern project "Kaththi", will be seen as an antagonist again in upcoming Prabhas-starrer Telugu action thriller "Saaho".

"And it begins. Day 1 of 'Saaho'," Neil tweeted on Friday night.

In the film, being directed by Sujeeth, the "Johnny Gaddar" actor is said to be playing the antagonist.

Sujeeth told IANS last month that a major chunk of the film's budget will be used on action sequences.

"The scale on which it is being made, a major budget will be spent on some extravagant action scenes. Although it will be a commercial outing, we are attempting something new and I would like to keep that as a surprise element," Sujeeth said.

International stuntman Kenny Bates, popular for his work on films such as "Die Hard" and "Transformers", has been brought on board.

"Kenny will be supervising the action scenes. We have already finalised locations in Abu Dhabi and some places in Europe where shooting will be done extensively. We go on the floors from the end of May," he said.

The movie, which will also be released in Tamil, Hindi and Malayalam, has music by Shankar-Ehsaan-Loy.

While Sabu Cyril will take care of production design, Madhie will crank the camera.

"We wanted the music to have a national appeal. We roped in Shankar-Ehsaan-Loy because they understand north as well southern sensibilities when it comes to composing music. They have also worked in the south," Sujeeth had said.

Sanjay Dutt's Close Friend Reveals his Condition and How He ...
10 minutes ago

Virat Kohli and Anushka Sharma 'Take a Break' with Instagram ...
11 minutes ago