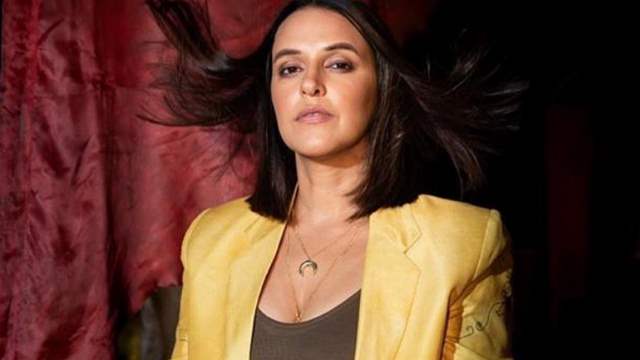 Actress and host, Neha Dhupia often finds herself as the target for online trolls. From throwing abuses at her to trolling her small daughter Mehr, the hate that she receives on social media is unparalleled.

In a recent interview, Neha opens up about the trolling that she has to face every single day. "I don't understand how trolls can abuse someone's wife or daughter and then go share a meal with their own family” she told SpotboyE.

However, the actress says that she has learnt to deal with the trolls as she easily detaches herself from such situations. "I think I have the ability to attach and detach. So I deal with it in my own way, but I don't think it's right. And to a great extent, it accounts for emotional abuse and that's not right," she added.

Neha had sparked a controversy with her comments on the youth reality show ‘Roadies Revolution’ where she is a host among others like Rannvijay Singha, Prince Narula and others.

She was slammed brutally when she talked about adultery and violence after a contestant revealed he had slapped his girlfriend for cheating on him. Neha had then lost her calm and given the contestant an earful by saying that it was the girl’s choice to cheat on him, which had pricked many netizens.

+ 6
2 months ago What about the times when the so called "judges" of roadies troll the new contestants? You part take as well as sit and laugh. Hypocrite.