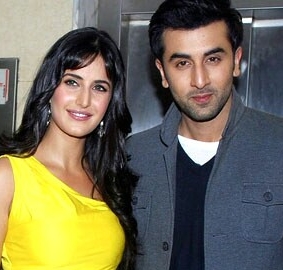 Ranbir Kapoor might not be the only Kapoor who is very fond of Katrina Kaif. According to the latest buzz Ranbir's mother, Neetu Singh Kapoor has also expressed her great liking towards Katrina Kaif.


In the last two years Neetu's relationship with her son's ex girlfriend Deepika Padukone was under constant speculation. If sources are to be believed the relationship they shared always remained cold. However Neetu shares a very warm relationship with Katrina Kaif. She can't stop singing praises about her son's "Ajab prem ki ghazab kahani" and " Rajneeti" co-star Katrina. In a recent interview Neetu enthusiastically stated Katrina is a very nice and well-mannered girl. Close friends say Katrina respect Neetu a lot, and they seem to share the same views on a lot of subjects.


Lucky for Ranbir Kapoor, if he were to pursue a relationship with Katrina he already has his mother's blessings.
3 Likes