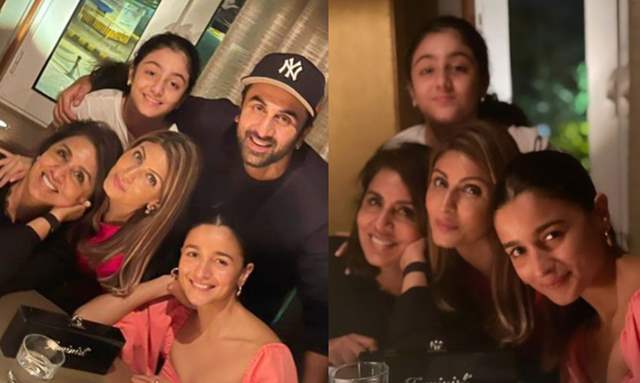 Neetu Kapoor is an avid social media user and she often posts pictures and updates from her personal and professional life. Today, the senior actress posted the latest picture of her family and called them ‘My World’. While it was just another picture from one of her albums, the presence of Alia Bhatt alongside Ranbir Kapoor has piqued the audience’s interest.

On Sunday (June 27), Ranbir Kapoor had a mini-reunion with his mom Neetu Kapoor and sister Riddhima Kapoor. Alia Bhatt also joined them.

While everyone knows, Ranbir-Alia have been dating for quite some time now, and the actress shares a cordial and loving relationship with her boyfriend’s family. She is often found chilling with Ranbir's mom, Neetu, and sister Riddhima. Earlier, she was also spotted at Rishi Kapoor’s death anniversary.

On Sunday, the power couple chose to celebrate the last day of the weekend with the Kapoor family. In the photo, we can see Ranbir, Alia, Riddhima, Neetu and Samara (Riddhima's daughter) posing for a happy family picture.

Ranbir Kapoor and Samara stood behind them and smiled for the camera. Riddhima dropped heart emojis on the post.

Fans also took to the comments section to show their love. “So happy to see you all together after such a long time,” one wrote. “Kisi ki nazar na lage (May you be protected from the evil eye),” another commented. “The family with the best bonddd,” a third said, while a fourth called them ‘picture-perfect’. 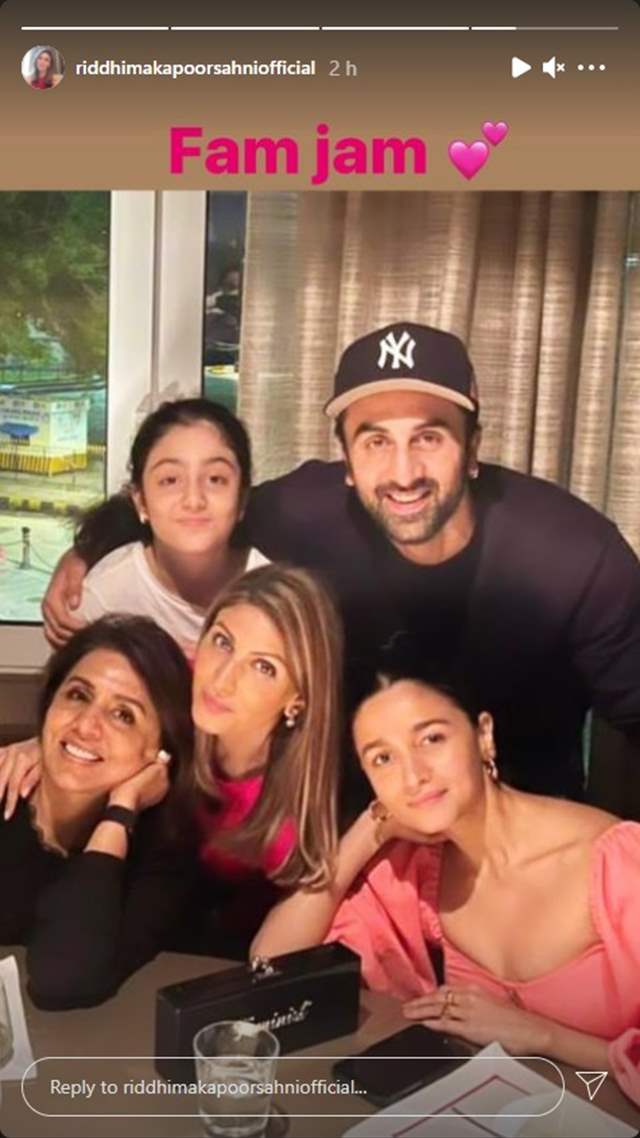 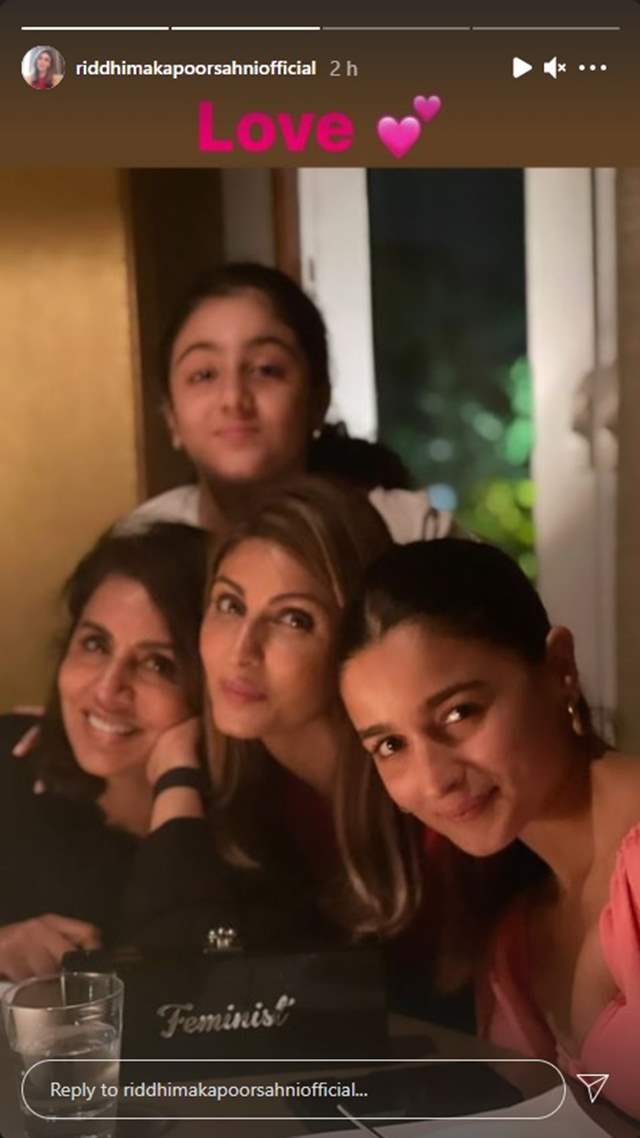 Alia even hosted a bash for her grandfather on his 93rd birthday on June 16. The party was attended by Alia's mom, Soni Razdan, and sister Shaheen Razdan. The actress's boyfriend Ranbir Kapoor also attended the bash with his family. Riddhima Kapoor Sahni took to her Instagram stories to share several pictures of herself with mom Neetu Kapoor and daughter Samara, along with others, from the party.

Meanwhile, on the work front, Ranbir and Alia will be seen together on the big screen in Ayan Mukerji’s supernatural drama Brahmastra. The film also stars Amitabh Bachchan, Nagarjuna Akkineni, Dimple Kapadia and Mouni Roy.