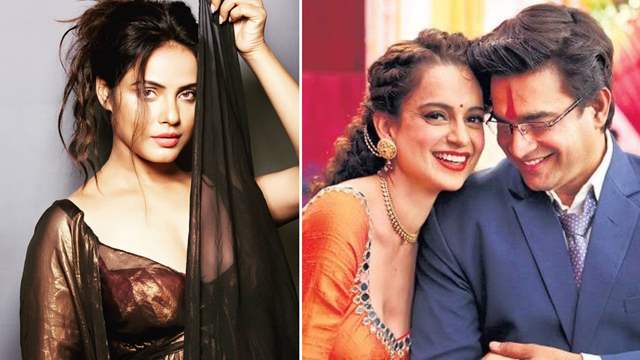 Actress Neetu Chandra, who made her Bollywood debut with the film Garam Masala opposite Akshay Kumar and John Abraham, opened up about her journey and the struggles she has faced.

In a recent interview, Neetu shares that she has been removed from six films in the past. The actress, who has been a part of movies such as Traffic Signal and Oye Lucky! Lucky Oye! revealed that she was signed as the female lead in Tanu Weds Manu, but was removed on R Madhavan's recommendation, who played the male lead in the film.

"I'm talking about Madhavan. He said, 'There was another actress who was signed for Tanu Weds Manu, but I recommended Kangana's name'. That actress was me, the one who had signed Tanu Weds Manu earlier” Neetu told Bollywood Hungama.

Talking about her struggles, she says that she was removed from six movies in the past and no one would pick up the phone and call her.

When Neetu was asked why she did not continue on the film when she was signed for the project, she said, "How do you continue? Do you think it depends on me if I want to continue the project? For any reason, if the director thinks that the hero is recommending somebody else... I don't come from the sort of background where I can (stand my ground). I'm helpless."

However, Neetu says that she holds no grudges against anybody and also revealed that she was in talks with director Aanand L Rai for a film but that did not pan out as well.

Meanwhile, she will be next seen in her upcoming Hollywood film, Never Back Down: Revolt. Directed by Kellie Madison, the film is the fourth instalment in the Never Back Down franchise.