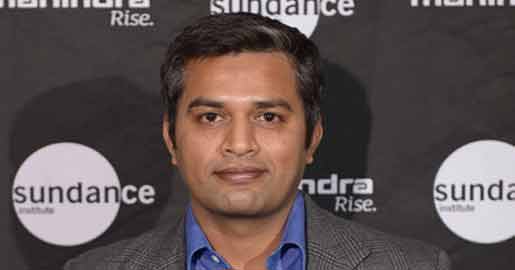 Indian filmmaker Neeraj Ghaywan's debut feature "Masaan" has been chosen to be screened un the UnCertain Regard section of the 68th edition of the Cannes International Film Festival, it was announced in Cannes on Thursday.

"#Cannes2015 MASAAN (FLY AWAY SOLO) by Neeraj GHAYWAN #UnCertainRegard," read a tweet on the @Festival_Cannes Twitter handle, while the official press conference to announce the line-up for the gala was being held in Cannes.

Ghaywan is naturally happy with the development.

Congratulating the team, actor-director Rajat Kapoor wrote: "Neeraj Ghaywan's Masaan in 'un certain regard' at Cannes this year!!!! wah wah - mubarak all the friends who were a part of that film."

"Masaan" stars Shweta Tripathi and Richa Chadda apart from others.

When IANS had asked Shweta about "Masaan" before she left for the Indian Film Festival of Los Angeles, where she has won the Best Actress award for "Haraamkhor", she said: "'Masaan' is a Phantom Films production. Not allowed to talk much about it yet. But that is very different from my character in 'Haraamkhor'."