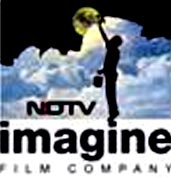 Featured Video
known actor and director Saurabh Shukla. The film which is a romantic comedy, will star actors Vinay Pathak and Neha Dhupia. The title of the film is yet to be decided.


The film which is currently on floors will be due for release by March – April 2009.


Commenting on this association, Saurabh Shukla said " I am very happy to be working with NDTV Imagine Film Company and am honored by the tremendous support they have given me. Our sensibilities match and their whole hearted cooperation, quick-paced decisions makes it easier to work with them. The film which is a romantic comedy, is a bright and happy film which has a typical come fall in love situation. Though it is not a candy floss film, yet it has a magical realism in it."


Apart from this film NDTV Imagine Film Company is partnering with directors & film-makers of repute, as well as up & coming talent. With over 30 projects in varying stages of development, the film company plans to produce and release 6-8 films in one year.