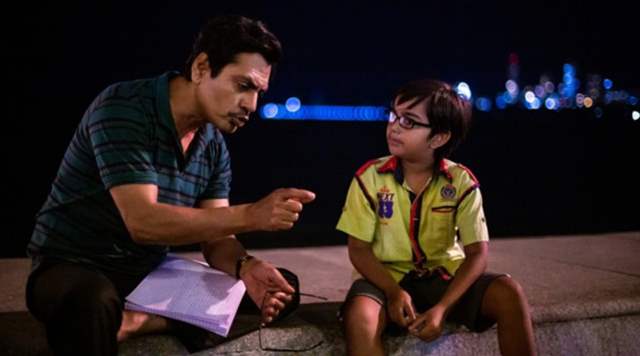 Nawazuddin Siddiqui is undoubtedly one of the most versatile actors in Indian cinema today. Although he has many blockbusters as well as average movies, what’s been consistent with him over the years is his ease to slip into the mould of any dramatis personae. No matter whether the actor plays an out-of-the-box commercial role or a character backed by an author, his performance has always impressed the viewers. While he has received immense appreciation from the audiences and the critics for his role of a determined police officer Jatil Yadav in Raat Akeli Hai, he has successfully astonished the audience once again with his performance as a common man - Ayyan Mani in the recently launched trailer of Serious Men.

From pulling off any heavy role with ease to portraying few characters in verite to donning a role of boy-next-door, the actor is perfect at undergoing any kind of transformation. Right after delivering a stupendous performance in Raat Akeli Hai, the actor has effortlessly slipped into the persona of Ayyan for Serious Men. Furthermore, the film is based on a novel by Manu Joseph, which narrates journey of Siddiqui's character as a common man.

Sharing his thoughts, the actor said, “The amount of enthusiasm I have for this project, cannot be described in words as I had waited 20 years to work with Sudhir Mishra. It’s truly a dream come true moment for me.  Getting into the skin of Ayyan was not that difficult for me as I have been in most of the situations in real life of what my character goes through. So the only thing i had to do was to portray my role with utmost conviction. I am hopeful that viewers will love my performance in Serious Men.”

Nawazuddin Siddiqui will be seen in Sudhir Mishra's adaptation of Manu Joseph's award-winning novel titled Serious Men. It will be released on Netflix on 2 October 2020.

Also, Nawazuddin Siddiqui will be seen in other upcoming projects like Jogira Sara Rara & Bole Chudiyaan soon. Bole Chudiyaan is directed by his brother Shamas Nawab Siddiqui and stars Tamannaah as the female lead.