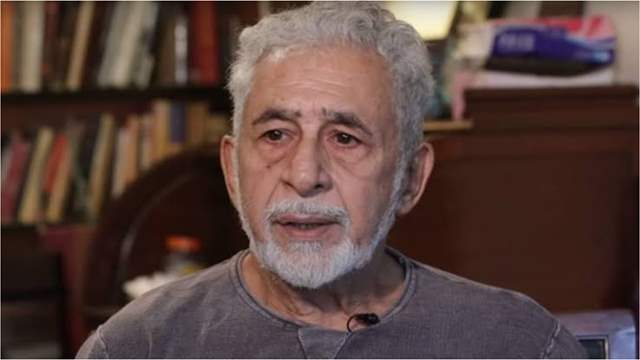 Bollywood actor Naseeruddin Shah’s health deteriorated and he has been admitted to the hospital. As reported by Times of India, the actor has been diagnosed with pneumonia and is currently undergoing treatment at a hospital.

The news of Shah’s hospitalisation have often surfaced on the Internet and the actor has rubbished it every single time but unfortunately, the news stands true this time.  Naseeruddin Shah’s manager confirmed the development and told the daily:

"He has been in the hospital for two days. He's under medical supervision. He was brought in for Pneumonia. There was a patch found in his lungs and it became necessary for him to be hospitalised immediately. His condition is stable and he's responding well to the treatment."

Naseer’s wife Ratna Pathak Shah and kids are by his side as he undergoes treatment at the hospital.

Last year, Naseer's son Vivaan Shah had dismissed rumours of his father's ill health and had written in a tweet:

“All well everyone! Baba’s just fine. All the rumours about his health are fake. He’s keeping well. Praying for Irfan Bhai and Chintu ji. Missing them a lot. Deepest condolences to their families. Our hearts go out to all of them. It’s a devastating loss for all of us.”