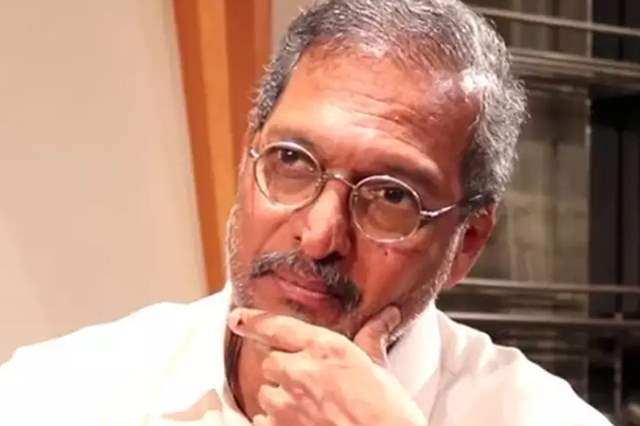 Actor Nana Patekar was on the forefront of things when MeToo was gaining mileage in India, and it was indeed extremely shocking in its own sense. Patekar was accused of sexual harassment and was ousted from Sajid Nadiadwala's Housefull 4 at that time in 2018. Now, the actor is all set and rolling to be back in action after a two-year exile.

According to reports, Patekar has been roped in to be seen in a biopic on the digital platform that will be produced by Sajid Nadiadwala's cousin, Firoze Nadiadwala.

Confirming the same, Nadiadwala said, “In fact, I announced my web series on RAW head, Rameshwarnath Kao, with Nana Patekar in the lead just a few days after he was accused (of sexual harassment). It is very important for me as an individual to stand up for what I believe in. And I truly believe that Nanaji has done nothing wrong. He has a spotless reputation of 40 years to back up his decency. What happened to him was wrong. So yes, I am doing Nanaji no favour,”

Reports suggest that Patekar will play the role of Rameshwarnath Kao and Vivek Agnihotri directs the political web series.

Sajid Nadiadwala Comes to the Rescue of a Light-man who had to See the ...

Baaghi 3 producer Sajid Nadiadwala yet to collect 40 crore from ...

Warda Khan on Sajid Nadiadwala’s Ex-Wife Divya Bharti: I have Not ...

Eva Green Slams Back at Allegations That She Killed The ...
55 minutes ago