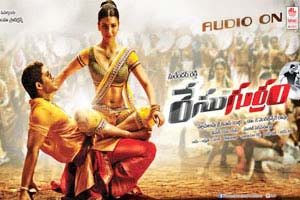 Telugu producer Nallamalapu Bujji, currently riding high on the success of recent Telugu blockbuster "Race Gurram", says he has a Tamil-Telugu bilingual planned with actor Suriya in the offing.

"A bilingual with Suriya is in the pipeline. This project will be directed by A.R. Murugadoss and is expected to go on floors early next year. Nothing more about this project has been finalized and it's also too early to comment," Bujji told IANS.

This will be the third time Suriya and Murugadoss will collaborate for a project after films such as "Ghajini" and "7am Arivu".

Buoyed by the success of "Race Gurram", Bujji plans to join heads with its director Surendar Reddy for another project.

"I was extremely happy with the success of the film. I plan to make another film with Surendar, but it will take a while because we don't have a script ready," he added.

Allu Arjun-starrer "Race Gurram" has turned out to be the biggest hit in the actor's career.