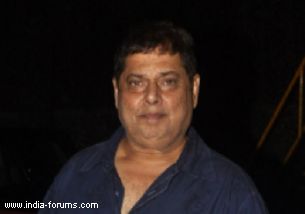 Director David Dhawan teamed up with his actor son Varun for the first time in "Main Tera Hero" and gets sentimental about the filial bonding.

He says that the film has not only strengthened their bonding, Varun also saved his life during the Bangkok shoot.

"Directing Varun has brought us closer together. During a schedule in Bangkok when I took ill, I could feel Varun's panic," said the director informing that it was a reaction to medicines that almost killed him in Bangkok.

"I had taken a fall in Bangkok and was taking medicine for the injuries. I made the mistake of gulping down the medicines on an empty stomach. The medicines reacted and I passed out. My son saved my life that day."

Delnaaz Irani speaks about entering Choti Sarrdarrni, her ...
22 minutes ago

Madhrima Tulli & Ssharad Malhotra starrer “Pasta” gets an ...
41 minutes ago

Kareena Kapoor Khan’s 40th Birthday: Inside Pics give ...
58 minutes ago