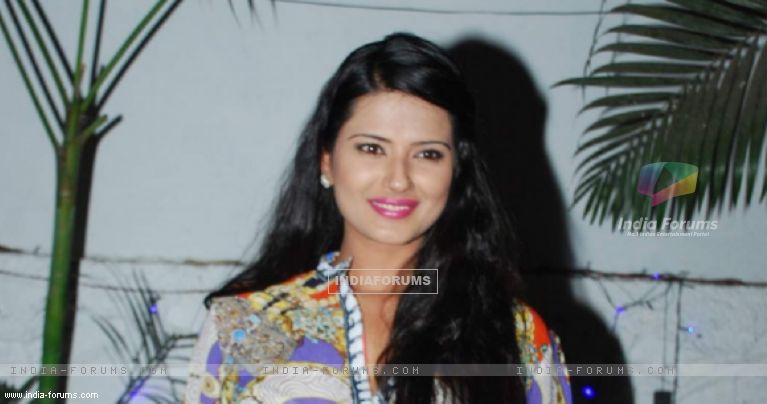 Popular actress Kratika Sengar, has made a comeback with Zee TV's Servicewali Bahu. While the actress took a break from TV post her wedding, she is back to square one to woo her fans and showcase her acting skills.

Sharing with us about her love life, Kratika says, "Nikitin is a kid by heart and as a husband, I believe that he is a perfect one. You won't believe that I never wanted to marry an actor neither Nikitin wanted marry an actor as well. But when we started interacting, we gelled so well with each other that we forgot our profession and fell in love. And thatâ€™s how we decided to take our relationship ahead and get married."

"Talking about the family, if you are doing some work and in that way if your family is highly skilled then you get lot of help and support from my family," says Kratika who is blessed to have a supportive family after her marriage.

Further we asked her that will her fans be able to see her with Nikitin in a reality show or not? she said, "Niki and I cannot come together in any reality show because we are not comfortable dancing on the same stage doing those. The main thing is he won't let me wear those kinds of clothes only (laughs), so now way you all will see us dancing. It's not like that he is very conservative but even I don't like to wear such attire and romance him on National Television. I myself believe that romance off-screen is much better which should be there between two of us."

As her in-laws are experienced in Bollywood, when ask Kratika about her interest in Bollywood and she said, "I am not at all interested doing films because as I always say that every person should have their priorities in life. So my priority at present is television and my family, film as of now doesn't come in my priority list. I am really happy doing television and feel very safe and secure."

TellyBuzz wishes Kratika Sengar all the best for her future endeavors!

6 years ago wow kratika amazing interview ... you are simply the best - talent speaks!

6 years ago wow kratika amazing interview ... you are simply the best - talent speaks!

pyaartolove 6 years ago Kratika Sengar your married life seems to have done wonders on you..looking fabulous..

pvrocksmysocks 6 years ago i hope this comeback show will make new wonders for you, Kratika Sengar