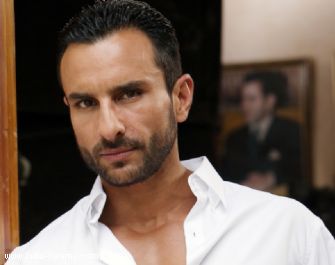 Bollywood star Saif Ali Khan, who was arrested Wednesday evening after being embroiled in a scuffle with an NRI businessman and later released on bail, says his friends, including girlfriend Kareena Kapoor, were abused and he was assaulted.

"There was an ugly incident last night (Tuesday) where my friends and the ladies with us were abused and I was assaulted. I was hit and I defended myself," Saif said in a statement.

The 41-year-old was virtually declared 'wanted' for assaulting South African NRI businessman Iqbal Sharma, who is also the director general and CEO of the Trade, Industry & Investments of South Africa.

He was charged under various sections of the Indian Penal Code for allegedly assaulting Sharma in the Taj Mahal Hotel around 1 a.m. Wednesday morning. Saif and two of his friends Shakeel Ladak and Bilal Amrohi, were arrested but they are now out on bail.

Saif says he has filed a complaint too.

"I have been to the police station to answer the requirements of law as I am a law abiding citizen. I have also filed a complaint about what happened last night and I am confident justice will be done," he said.

"I have seen the interviews given on TV and they look like decent people and I cannot believe that the same people were so aggressive the night before and the lies that they are saying about me with such straight faces. I think they have the CCTV footage in the restaurant that will prove everything.

"I hope the media is able to remain impartial while the matter is being decided. I don't think any gentleman would have behaved differently," added Saif.

Earlier Sharma told TimesNow television that Saif called him an "idiot" for complaining about the actor's loud conduct at a restaurant in the Taj Mahal Hotel.

He said he and his family had requested the restaurant manager to ask Saif and his friends, which included Kareena, Amrita Arora and Malaika Arora Khan, to keep their voices down. But the situation turned ugly.