View Profile
All time hot item for news, Shah Rukh Khan, has recently started hitting news for his television appearance for Paanchvi Pass, too. Starting his career with 1988 Doordarshan serial Fauji, Shah Rukh Khan has traversed a long to reach his status of King Khan. Here he has taken out few moments to have a bird’s eye view at his past life, his true colour and bit more…

Q. Who is the actual Shah Rukh Khan – an actor, 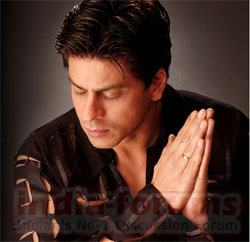 Featured Video
a businessman, a father or a husband?
A. Even I don’t know who the actual Shah Rukh is as because I spend most of my time portraying different characters. Most of the time we play such characters who are much superior from any point of view. But there is one common factor in each of the character I play and that factor is emotion. It’s impossible to depict a true sketch of a character without proper emotion. But, when I stay at home I show my true emotions as a father and a husband. And I don’t know how much truth I can maintain while talking about my role of a father outside my home.

Q. Where do you find yourself at the best of your professional graph – as a host or as an actor?
A. Whether it’s in acting or hosting a show, success stays with me for very short period of time. I feel reaching height only when I make my cameraman or director astonished with the best of my performance. I feel really happy when all those shots reach the remote areas of the country and people feel them from the core of their hearts.

Q. What did your teachers think about when you were in school?
A. I used to be very mischievous in school but teachers always forgave me seeing the beautiful dimples. That’s how my smile was famously known as the Satan’s smile. Despite being so naughty I was the monitor of my class because I always topped in the class. Reading less was enough for me to bag best numbers. I had interest in everything other than learning.

Q. Any memorable incident of those days?
A. I still can remember that my few friends, including me, were doing masti because of which all of those friends were suspended from the school. My absence from the school on that very day saved me from suspension. The five of us were the best buddies in school. We later on decided to beg pardon from the principal. All my friends were very jealous of me as I was not suspended. I agreed on going with them to the principal and told them that everything would be alright. We went to meet the principal. He was quite friendly with me and that day also he started talking to me very generously which my friends could not accept. All of a sudden they started revealing my tomfooleries one after the other. The aftermath was very obvious. Along with my friends, the principal suspended me also. Still I can remember all those four friends.

Q. With your KBC you offered people an amount of two crores and the amount has reached to five crores with your on going show Paanchvi Pass… What was your first income?
A. If I am not wrong then my first income was just fifty rupees. There was Sri Ram center beside my home. Even Film Fare Awards ceremonies were held at the center. Once there was the concert of Ghulam Ali Sahab at that center. I volunteered in the show and earned fifty bucks for that. I took my friends to visit Taj Mahal with that amount.

Q. What do excite your children most?
A. They feel excitement in all those things that excites me. They are all very excited with what their father does.

Q. What do you think of education?
A. All throughout my life I have believed that there is nothing more important than education. But the same education sometimes brings in tension and creates lot of problems. Today people stress more on becoming first than learning something. When I hear the cut off marks for colleges now-a-days, I get traumatized thinking that was I a student at this time, I would never have reached college though I passed my tenth with 92%. I think about how to make today’s generation realize to go ahead despite having all the pressures from education and job. I want an environment where children themselves wish to go to school. I would request all the schools not to create pressure on children for education.