Songs - the basic necessity of every Bollywood movie. Today we, at BollyCurry, discuss the videos of six songs from three recently released movies in order of the date the movie released and discuss it in terms of what appealed to us and what did not. 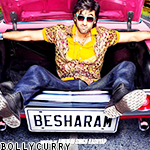 First up is "Besharam" from Besharam, which directly translates to 'shameless' in English, appropriately titled for the song video that could be described exactly that. The heartthrob of many, Ranbir Kapoor, lives up to the 'besharam' title, showing off his chest hair, wearing Rajnikant style glasses, and shaking his booty provocatively with some very controversial yet entertaining expressions. One can't watch that video and nod their head in approval while shuddering at the same time! All in all, we at BollyCurry consider ourselves a little 'besharam' hence, we put this song's video in the 'good pile'.


Our next song happens to be from Besharam as well (told you we were besharam) and is called "Dil Ka Jo Haal Hai". Where "Besharam" was fun to watch, "Dil Ka Jo Haal Hai" feels like a drag. Where should we start? Let's start with the music. The music is reminiscent of the 80s and 90s, which we don't have a problem with, however, the video in no way complimented the song itself. The story line of the movie till that point also did not match up with the video of the song, confusing us further. We unfortunately, label the video, 'bad'. 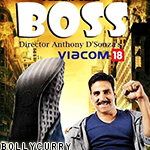 The next movie we will examine is Boss and the first song from that is "Har Kisi Ko" starring Sonakshi Sinha and Akshay Kumar. This song is by far one of the best we have seen in some time. As promised, the song happened to be a tribute to late Feroz Khan which it successfully was. Wearing the full cowboy attire, Akshay entered in an open jeep and stopped at a ranch aptly named Boss' Ranch. Sonakshi Sinha in her white and red saris looked sultry and reminiscent of the many heroines who starred opposite Feroz Khan, particularly Sridevi who also wore the same colored saris in the original. Both not only brought back the feel and essence of the original, but created a new essence with their moves and the music. From us this song deserves more than a "good", but to keep with the flow we'll give it a "good".


"Party All Night", also from Boss, was completely the opposite of "Har Kisi Ko". If 'Har Kisi Ko' was a traditional cultured song, 'Party All Night' happens to be the kind you would go clubbing to. As expected, the video was also shot in a club. According to us, guest appearances are supposed to add to the song however, the presence of Honey Singh or Sonakshi Sinha did not do much. The saving grace for this video would have to be the song itself and the setting. So from our side we give this song a "so-so" as in it was good, but there were some things that could have been improved. 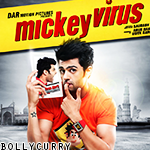 Finally we bring to you two songs from Mickey Virus. The first song on our list is the highly addictive "Pyar China Ka Maal Hai". The song is fast-paced, funny, and enjoyable, and we would expect that the video be the same or similar as well. And while much of it was, we felt that there were places were the song could have done better. The song being fast-paced deserved fast-paced moves, not slow-paced like the slow walk that is quite popular in movies when introducing an actor. We also felt that the actors deserved a better introduction than the regular style of introduction. For this reason we give it a "so-so" rating.


Finally, "Tose Naina" from Mickey Virus wraps up our list. Sadly, we end this article with a "bad" rating. "Tose Naina" is a slow, romantic number for which you would expect the video to be slow and romantic as well. We were half expecting something like "Teri Meri Prem Kahani" from Bodyguard, but instead we got Mickey Arora (Manish Paul) dancing as if it were a comic song. Bad dance moves, bad expressions and a terrible video concept results in a bad rating.

What you hear and what you see are completely different things and as you saw above! Some songs show you what you expect to be shown, while others completely disappoint you. With that, BollyCurry signs off and wishes you a happy viewing and hope you choose to watch some good rated song videos!
Author: Shreya S.
Editors: Harjot D. & Hershi J.
Graphics: Virina R.
6 Likes