Panaji, Nov 27 (IANS) The Mumbai International Film Festival (MIFF), to be held in February, has attracted 864 films from 37 countries but festival director Kuldeep Sinha is clear about not having corporate sponsorship for the cine event.

'I am not interested in corporate sponsorship. Documentaries should not be commercialised. Documentaries are a serious thing,' Sinha told reporters here on the sidelines of the ongoing 40th International Film Festival of India (IFFI).

The MIFF will be held Feb 3-9 next year. Retrospectives and special packages, jury retrospectives, women-oriented films, Oscar nominated films, films on cinema legends, a segment on unsung heroes are some of the packages which will be screened as part of the festival, Sinha said.

The event is being held at the National Centre for Performing Arts (NCPA) and Sinha said he would like the popular multi-purpose screening facility in south Mumbai to be the permanent venue for MIFF.

He said he favoured the NCPA over other venues because of the wonderful ambience it offers.

'We had to shift from the NCPA in 1992. I did not like the shifting, but the forthcoming MIFF will be held at the NCPA again and I hope we can make it a permanent venue,' Sinha said.

The MIFF was started in 2000 and is held once every two years.

Asked why the festival was not held annually, Sinha, who is also the chief producer of the Films Division of India (FDI), said that hosting the festival each year was not a feasible exercise for the FDI with its limited staff.

'We are open to the idea of holding it annually, provided we get some kind of support,' he said. 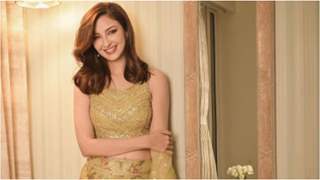