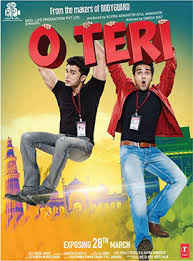 Clumsy! One word that can define this film. Sometimes having a powerful central idea to the film is not the only thing that can save it. O Teri turns out to be one such ensemble of clumsiness. This is the perfect example of lack of execution. It's a pity that sometimes good stories don't come out well in the final output because of wrong casting, or some other faulty parts of the cast and crew.

O Teri is centered on antics of two good for nothing journalists Prantabh Pratab/P.P. (Pulkit Samrat) and Anand Ishwaram Devdutt Subramanium/AIDS (Bilal Amrohi). They time after time turn in completely ridiculous useless news stories which are driving their editor insane. Meanwhile, the city is hosting the Asian Olympics which is an ideal opportunity for the corrupt government to gobble up the public funds. However, the government led by Anupam Kher is facing heat from the opposition led by Vijay Raaz. And if PP and AIDS can uncover this big scam their fortunes will change. However, they have their hands full with problems, and how they unearth the "biggest scam" is the story of the movie. 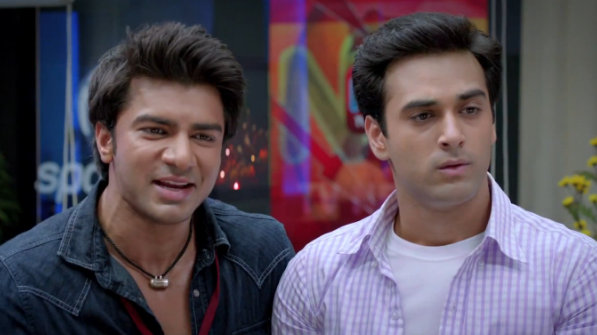 To talk about performances Pulkit Samrat whose acting seemed fresh in his debut Fuckrey, did a comparatively unsatisfactory job in this one. Pulkit who plays Prantabh Pratab a.k.a P.P plays a journalist who strangely is a coward for an investigative journalist. For most of the scenes it seems like he tries to imitate Salman Khan, the way he walks, and dances even. Though he is way too tolerable than his co-star Bilal Amrohi. Bilal who essays the character of Anand Ishwaram Devdutt Subramanium a.k.a AIDS has the same expressions all throughout the film. For some odd reason he seems to be possessed by spiderman because he seems to conveniently climb on walls and even fly! Anupam Kher who has said to have some similarity with Suresh Kalmadi does a decent job in the role of a corrupt politician, but still one would wonder as to what is wrong with Mr. Kher's choice of films off-lately. Mandira Bedi seems like just another person in the frame. There is a reason why I saved Sarah Jane Dias for the last, because theres not much to say. The only thing she has to do is stand and look good, oh yes even sing a song. Though there is one worth appreciating performance in the entire film and that is Vijay Raaz. he does a fantastic job with his comic timing and crass dialogue delivery. 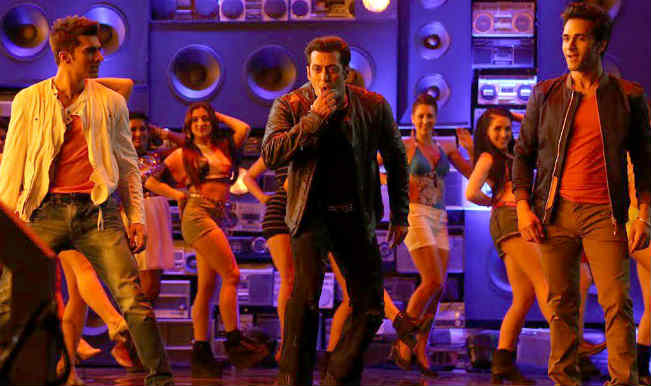 Music by G J Singh is forced and has no sync at all with the film. The songs only fill in some of the 108 minutes of the running time. Nonetheless even if the songs were a little melodious it would have been passable, but what a disappointment. Well if we have to speak about the editing Devendra Murdeshwar seems to have missed his coffee a lot while at the edit. The editing is very clumsy and lacks continuity in it. But ironically that was the only amazing thing about the film. As if he just saved us from sitting through a long lost film. Well you could give this one a miss, cause it could pretty much not be the best thing to do this weekend. If you want to do go for the film only for the end, and by that I don't mean the climax. Go for the end title song 'O Teri' which features Salman Khan which is the cherry on top and the best part of it.
4 Likes