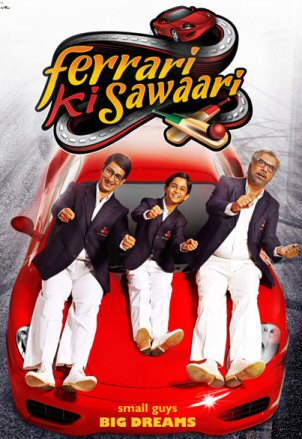 Our Bollywood industry is going through an experimentation stage in their releases of the last two years are a yardstick to go by. Ferrari Ki Sawari seems to be following the same untrodden path. It is produced by one of the stalwarts of our film Industry Vidhu Vinod Chopra and is a directorial debut of Rajesh Mapuskar.

Ferrari ki Sawaari is not a heavyweight when it comes to emotions but is alight hearted comedy that manages to deliver its core promise – Entertaining the audience! It is an honest and a genuine attempt and strikes a chord with the audience.

The protagonist of the movie is a little boy (Ritwik Sahore) who dreams of becoming a cricketer. He strives to give his hundred percent whenever presented with an opportunity to be on the cricket field. The epicenters of his world are his passion for the game and his father 'Rustom'. Sharman Joshi who plays the character of Rustom Deboo is an average middle class man who wishes to fulfill the whims and fancies of his child.

Boman Irani plays the character of Debo, 'Sharman Joshi's father' who is a bitter man because his dreams of playing cricket for the nation did not materialize. Rustom has to strive hard to maintain a balance between his son's ambitions and his father's bitterness for the game. 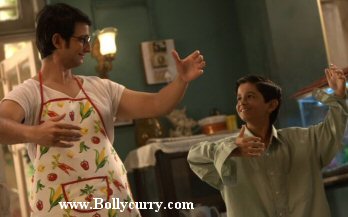 One night and a scarlet Ferrari change their life forever!

Three leads of the movie have done justice to their roles and have reposed the faith of the director in giving them the necessary screen time. The supporting cast has given laudable performances and the ones that stand out are of Paresh Rawal and Vidya Balan. Paresh Rawal plays Boman Irani's estranged friend and Vidya Balan's lawani performance scorches the screen!

If we had to associate a word each with the remaining supporting cast , it would be: Seema Pahwa: Superb , Satyadeep Misra:Very effective , Aakash Dabhade: Stupenduous , Nilesh Diverkar : Awesome and Vijay Nikam : Terrific.

Overall, it is a unique and a sensitive concept that will draw you towardsit and you will relive the journey of each character in the movie.

Ferrari Ki Sawari is a feel good movie that deserves to watched in a theater near you! A two hours and ten minutes ride that will keep you engaged !