With the setting in of a new year, Bollywood fanatics have already starting putting together their list of 'Must Watch Movies'. The list includes the movies that favor either the story-line or the star cast that people like. There are many other factors too, but the lead pair plays an influential role in helping the viewers decide whether or not they would want to lighten their pockets for the movie. This week, BollyCurry is back with a bang, bringing to you a list of the couples eagerly being awaited for. 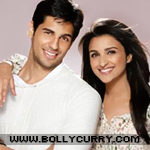 First couple on the list comprises the actor who claimed overnight success with a debut as huge as Student Of The Year - Sidharth Malhotra, and the actress who took the industry by surprise with her acting prowess in her debut film Ladies VS Ricky Bahl - Parineeti Chopra. The duo will be seen together for the first time ever in Dharma Productions' upcoming Hasee Toh Phasee. While Parineeti went on to give powerpacked performances in films like Ishaqzaade and Shuddh Desi Romance, this is Sidharth's second movie, and people are eagerly waiting to see the duo sizzle the silver screen with their chemistry. 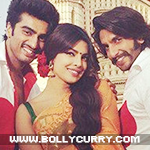 Next up, we have with us not a couple, but a love triangle. Arjun Kapoor who couldn't have asked for a better debut than Ishaqzaade, Ranveer Singh who is still basking in the success of Goliyon Ki Raasleela - Ramleela, and Priyanka Chopra who has proved her acting mettle time and again, are coming together to dazzle the celluloid in Gunday. Not only are the trio being awaited, but also the camaraderie between both the male actors is a treat to the eyes. 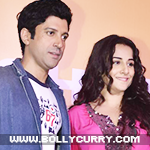 After his excellent performance last year in Bhaag Milkha Bhaag, Farhan Akhtar is back with the powerhouse of acting,  Vidya Balan, in the upcoming romantic comedy flick - Shaadi Ke Side Effects. Excellent performers as they are, the audience can surely expect fireworks when an issue as complicated as marriage is involved. The movie shall surely have some side effects - good or bad, who can tell at this juncture? 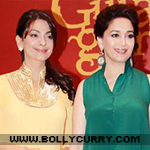 The next duo may not be a couple, but they can be best introduced by saying that "We Came, We Saw, We Conquered". Madhuri Dixit Nene and Juhi Chawla, two of the most talented actresses that Bollywood has ever had will soon be seen in Gulaab Gang. Along with this being a women-centric film, it is an action drama that is anticipated to raise the career graph of both the actresses. 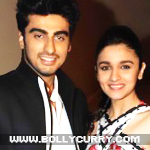 Based on Chetan Bhagat's novel 2 States, Abhishek Varman is coming up with his next romantic flick 2 States. The movie shall feature the rough and smashing actor Arjun Kapoor, along with the delicate doll Alia Bhatt. The combination of the two is quite unusual, but with both of them being such meticulous actors, these two shall be a must watch! 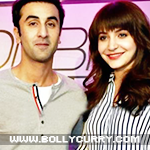 Anurag Kashyap is back with a period drama, casting two of the most talented actors of today's generation, Ranbir Kapoor and Anushka Sharma. Last year saw Ranbir rising to the heights of success with Yeh Jawaani Hai Deewani and also tasting failure in the form of Besharam, while Anushka remained unseen after Jab Tak Hai Jaan. The pair shares a good friendship, and it is yet to be seen if this chemistry works for them onscreen as well.


Apart from the above mentioned, there are a few more couples to be looked out for: Ayushmann Khurana and Sonam Kapoor in Bewakoofian, Aditya Roy Kapur and Parineeti Chopra in Daawat-E-Ishq, Aamir Khan and Anushka Sharma in P.K., Sidharth Malhotra and Shraddha Kapoor in The Villain, Varun Dhawan, Ileana D'Cruz and Nargis Fakhri in Main Tera Hero, Deepika Padukone and Arjun Kapoor in Finding Fanny Fernandes, Salman Khan and Jaqueline Fernandes in Kick, and Sonam Kapoor and Fawad Khan in Khoobsurat.
This year is surely set to bring forth a large number of movies that plan to shake the box-office with their arrival. BollyCurry wishes for everyone to spend their money wisely on movies that are 'paisa-vasool' for them.
Writer: Pooja B.
Editor: Ritchelle C. and Gunia M.
Graphics: Preet K.

Ranbir Kapoor Confirms Marriage with Alia Bhatt: The deal would be ...