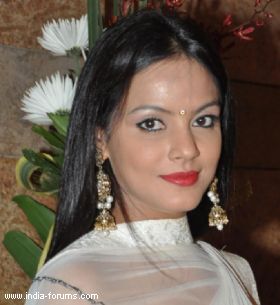 Actress Neetu Chandra, who recently made her stage debut with the theatrical adaptation of "Umrao Jaan", says not too many actors show interest in theatre because they cannot make a living out of it.

"I think money has overshadowed theatre in our country. Not just theatre but a lot of professions for that matter because we view everything from a commercial perspective. You can be in theatre out of passion, but can't make a living out of it because cinema pays much more," Neetu told IANS.

Neetu, who has so far starred in films such as "Traffic Signal" and "13B", has two Hindi films and a Telugu ready for release. Her international project titled "Home Sweet Home" is also readying for release.

She says theatre expects actors to step out of their comfort zone.

"We don't have many film actors in theatre because they are used to a certain kind of an affluent lifestyle. Theatre also requires a lot of hard work and time. It requires one to come out of his or her comfort zone. So are we ready to do it and what cost?" she asked

There are many benefits of theatre and one of them is that it helps one connect with inner self, she said.

"Theatre for sure is much more satisfying than cinema... Theatre also makes you alive," said Neetu.

"Through theatre I have explored myself as an artiste. It has helped me realise what I like and dislike. You ask people what do they like about themselves and honestly, many wouldn't know. Theatre helps you connect with yourself," she added.

Are all film actors good theatre artists and vice versa?

"It's tough to say because all theatre artists have not proved to be good actors on the screen," she said and added that if a movie actor takes plunge into theatre, he or she has to "leave behind their glamorous lifestyle, work for pittance and spend hours rehearsing to succeed on stage. It's not easy to make such sacrifices".

Having successfully completed nine shows of her play, Neetu wants to continue doing theatre as well as films.

"I'm not doing theatre for money. I'm doing it for satisfaction. I plan to continue doing it," she said.

"I want to follow in the footsteps of Hollywood stars. They do theatre, act in really good films and also keep themselves physically fit. I want to be an actor who would do films in all languages globally. This year, I want to do plays as well as films," she said.

"Theatre audience makes you feel respected. A lot of senior actors watched my play and literally cried. Kareena Kapoor told me that she was stunned by my performance and language. It's very humble of her say all this to another actor, but she couldn't stop herself from saying it," she said.

"Kajol appreciated my performance. Farida Jalal too had nice things to say. I haven't got such response and complements for my award winning films. So theatre gives me an immense respect and satisfaction as an actress," she added.