Give this film a chance. 'Money Hai To Honey Hai' has a certain sincerity of purpose and a rather sturdy narrative that serves the comic purpose until interval.

But that's when the pace slackens, the interest-level droops and the chuckles drop drastically to make way for a touching and simple climax that tells us it's okay to be ordinary and that living is about letting your dreams run free.

Choreographer Ganesh Acharya's earlier directorial effort 'Swami' was a well-intended narrative gone awry due to a story-telling inertia. But this time Acharya is on surer ground. And it's got little to with the Mauritian outdoors and the sun-kissed beaches the film boasts of.

'Money Hai...' soaks you in its warmth, but it's finally a failed comedy - albeit an honourable failure.

Seldom have you seen a less noisy comedy in recent times. The background sounds are kept at a minimum and for once the characters don't scream inanities and double meanings at one another.

The plot about six incorrigible losers who get a chance in life when a wacky millionaire (played by Prem Chopra) makes the Losers Inc. - a chance they can't refuse.

Some of the tracks in the plot are truly funny. Hansika Motwani as a tv icon who wants to break away from her weepy Bahu image on a long-running soap is surprisingly in command over the rites of screen excesses.

Hansika's hammy acting is so purposely pitched at an extravagant decibel you can't but laugh.

Upen Patel's toy-boy act with Archana Puransingh is also hilarious. The rest of the comic act swings from rib-tickling to drab.

A remarkable aspect of 'Money Hai To Honey Hai' is the choreography - a field where Ganesh Acharya excels. The music and dances in this film have a frisky and flighty flavour - very outdoors, very sexy and different.

And it's not just Govinda who gets to shake a leg to an original beat. Every actor swings in to a freewheeling groove.

Upen and Hansika pull out all stops. And Celina Jaitley, who plays a fashion designer who dreams of making clothes for the working class, tugs at the heart.

The story is basically of dreamers coming together to assert their yearnings in ways that are sometimes interesting and sometimes listless. 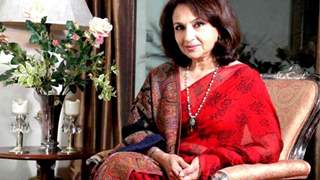