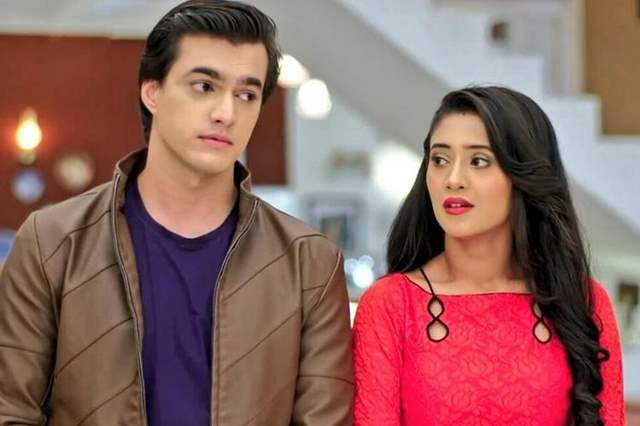 It cannot be stressed enough as to how big a shock it was when it was confirmed yesterday that actor Sachin Tyagi, who plays the role of Manish Goenka in Yeh Rishta Kya Kehlata Hai tested positive for COVID-19. Reports suggested that the shoot was underway on the sets until 10 in the morning, however, it came to a halt when the reports of members testing positive for the virus were discovered. The sources told the portal that Tyagi got himself tested when he felt fever and his results came out a day before, following which others also tested themselves, and while some came negative, some are also positive. It was later confirmed that actors Swati Chitnis and Samir Onkar also tested positive for the same and now, everyone is currently being treated for the same along with quarantiniing themselves.

While this is indeed a mixed bag of news, here is some good news too.

Reports suggest that the leading pair, Mohsin Khan and Shivangi Joshi have tested negative for coronavirus. Yes! That's right. It is indeed fortunate that the actors tested negative for the same but still all the members of the show have been asked to undergo home quarantine for safety purposes. As you would remember, the official statement from producer Rajan Shahi yesterday read,  "Swati Chitnis, Samir Onkar and Sachin Tyagi who are an integral part of 'Yeh Rishta Kya Kehlata Hai', have tested positive for COVID-19, but the three of them are asymptomatic. Due to safety reasons, they are in-home quarantine. BMC had advised them for the same as they were showing no symptoms. Immediately, the entire on-crew team was isolated and tested. Four crew members have now tested positive. The BMC has been informed and the entire set has been sanitised and fumigated. Currently, all of them are receiving medical attention in-home quarantine. We are constantly in touch with them as their health is our priority. We stand by our commitment to safety and will continue to ensure that all safety and precautionary measures are adhered to".