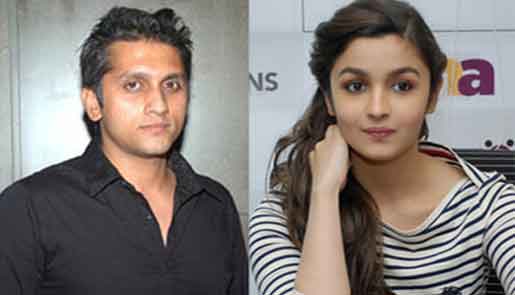 Mohit Suri, known for directing hit films like "Kalyug" "Aashiqui 2" and "Ek Villain", says he is a huge fan of his little cousin sister Alia Bhatt. However the director finds it difficult to cast the actress in his films.

On being asked about his plans for working with Alia, Mohit said: "Well... I am a huge fan of my little sister Alia Bhatt. I think whenever I meet, I'm actually like forget that she is my cousin and I start getting onto a whole struggling director mode with her.

"She is someone who I think is not only a big star, but one of the most emotional actresses I've ever seen of our time...and that's what makes it so difficult. I find a role very difficult to give her, because I've to live up to her," added Suri.

On the work front, Mohit is currently busy with "Hamari Adhuri Kahani" which stars Vidya Balan and Emraan Hashmi in the lead roles.