Nagesh  Kukunoor needs no introduction. Currently, he is undoubtedly one of the most renowned and respected directors of Bollywood. From Hyderabad Blues and Rockford to Iqbal and Dor, Nagesh has always been known for making beautiful meaningful films. His past few films Bombay to Bangkok, 8 X 10 Tasveer and Aashayein might have not been up to the mark, however, Nagesh is once again back teaming up with his favorite leading lady Ayesha Takia and the amazingly popular Rannvijay Singh, for his first ever love story. Also being Ayesha Takia's return on the big screen post the failure of Paathshaala, and Rannvijay Singh's first ever solo film; the success of Mod is extremely essential to its director as well as lead actors. So does Mod have that magic? 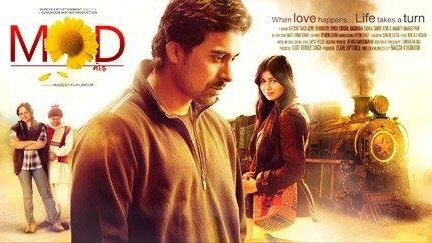 Aranya, a full-of-life 25 year old girl, lives in the sleepy and idyllic hill station, Ganga. Aranya's mother left to pursue bigger dreams in the city when Aranya was a little girl and both father and daughter hope that one day she will return. Aranya runs a watch repair store, a legacy handed down by her mother to support her father and herself. One day a total stranger, Andy, lands up at her doorstep to have his watch fixed. He is painfully shy, but keeps returning day after day to have his water logged watch repaired. Aranya slowly warms up to this quirky stranger and through a series of meetings and against all odds they fall in love. But who is Andy? Where is he from? And what is his past?

There are some love stories which make you fall in love with the concept of love. Mod is one such film. The best part of Mod is that it displays the essence of love. It makes you feel the warmth of love. You instantly fall in love with the story and its lead characters. Also, what works for the film is its simplicity. It shall remind you of those simple old-fashioned love stories. In spite of being an unusual love story, the treatment is extremely simple and clean which works for the film beautifully. Films of such a genre also usually tend to be depressing and dark; however, Mod is the complete opposite. It's light, cheerful and bright. The film might have a slow pace throughout; however, surprisingly the slow pace does not irritate or frustrate the viewer. Rather, it makes you enjoy the moments and its soothing flow. And thankfully, there are no over-the-top dramatic scenes. However, Mod does have its share of flaws too. Firstly, the characters seem to fall in love too quick. Also, the post-climax scene at the train station which goes on for 20 minutes absolutely drags. The film could definitely do with some trimming there. Some of the songs also seem quite unnecessary and forced. 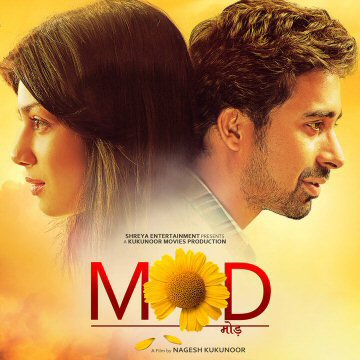 This might not be one of Nagesh Kukunoor's best works compared to his previous critically acclaimed films; however, Mod is definitely another feather on his cap. Nagesh has once again shown that simple sensible films can be as entertaining as our Bollywood masala flicks. Cinematography by Chirantan Das is beautiful. It makes you fall in love with the location. It's been long since we have seen Ayesha Takia on the big screen, and Mod makes you realize what we've been missing. Just like Socha Na Tha and Dor, Mod will make people notice her phenomenal talent. However, the surprise package of Mod is none other than Rannvijay Singh. Playing a character completely opposite to his on-screen persona (Roadies), Rannvijay has given a splendid performance. With Mod, Rannvijay Singh has raised the bar for himself. Raghuveer Yadan and Tanvi Azmi are first-rate as always. Nikhil Ratnaparkhi is decent in his bit. Anant Mahadevan, Rushad Rana and Prateeksha Lonkar don't receive much scope.

Overall, this Mod is simple and beautiful. Nagesh Kukunoor's prowess and brilliant performances by Ayesha Takia plus Rannvijay Singh makes this film a must watch. It's definitely not for the Bollywood masala addicts. Mod is recommended for those with a heart! Mod makes you fall in love with the concept of love all over again. Strongly recommended!

exclusive
Exclusive Saqib Saleem: It breaks my heart to see Bollywood's ...
11 minutes ago

Bhumi Pednekar admits being Intimidated by Ranveer Singh; ...
13 minutes ago

Naagin 5: Sharad Malhotra talks about romantic scenes with ...
55 minutes ago