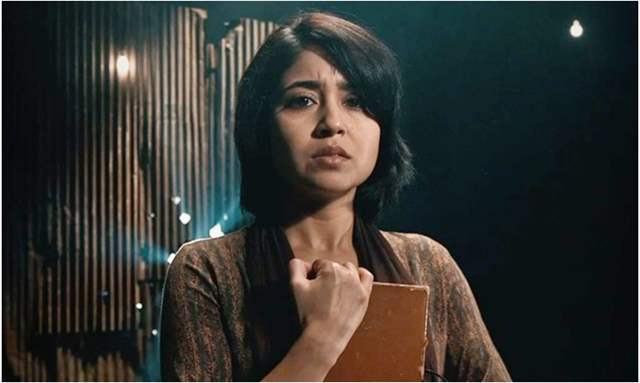 After a long wait, the day is finally coming closer to the much awaited release of season 2 of Mirzapur. Keeping the excitement top notch, the makers are releasing dialogue promos back to back keeping the audience guessing on what path the upcoming season takes. A new dialogue promo of Golu is out now and she is all ready to pick it up from where it will start over again!

The makers took to their social media and shared, "they say time heals. but can you really forget how you were made to feel?

In the promo, Golu played by Shweta Tripathi Sharma is seen stuck at the moment which left her devasted, still fresh in her memory and time hasn't healed but fuelled her rage of revenge.  Bablu, in the background, is telling her it's a stain of blood, once it is there, it never goes and Golu's mind is set to finish her enemy the moment she sees them without letting a second slip off her hands.

The trailer of the second season is all set to release on 6th October 2020 and the excitement is building up. Produced by Farhan Akhtar and Ritesh Sidhwani under their banner Excel Media & Entertainment, the second season of Mirzapur will premiere on 23rd October on Amazon Prime Video. Mirzapur 2 has been Directed by Gurmeet Singh & Mihir Desai, created by Puneet Krishna and produced by Ritesh Sidhwani & Farhan Akhtar under the banner Excel Entertainment.