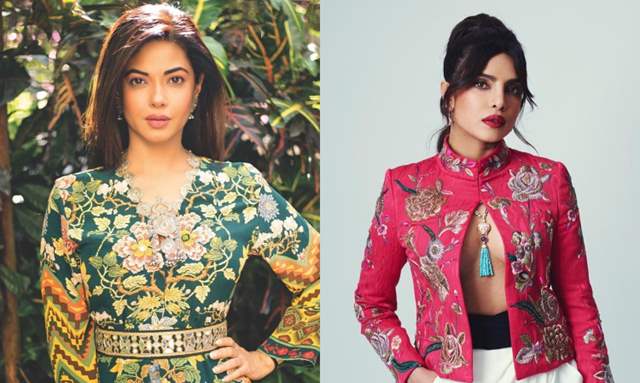 Actress Meera Chopra became a popular name among the netizens after her performance in Section 375, starring Akshaye Khanna and Richa Chadha. Being Priyanka Chopra’s second cousin, she has earned a name in the South industry and in Bollywood, she has also featured in films like ‘1920 London’.

During a recent interview with ETimes, Meera opened up about her cousin and shared that she has not got any work because of Priyanka Chopra.

“Honestly, being related to her has not helped me in my career but it has really helped me in a way that people did take me seriously,” shared Meera Chopra.

She also maintained that she has had her own share of struggle but fortunately, she has not been compared to her sisters, Priyanka and Parineeti Chopra.

She has made her mark with her impressive performances in Tamil and Telugu films and wishes to spread her wings across Bollywood as well.

During a previous interview, Meera had previously spoken about her Bollywood journey. According to her Bollywood is a tough industry to get in and one needs a lot of patience and passion to stay.

She maintained that it is very easy to break down and give up when things aren’t working in one's favour, and most of the time they are not in your favour.

Reflecting on how tough it is to get a chance in Bollywood, Meera said, “It takes forever to make your ground here.”

Meera, in her previous interview, spoke about Bollywood and the talent one requires to get in and added, “Only if you are very strong and passionate about your craft, will you be able to sustain yourself. Else Bollywood can literally break you.”