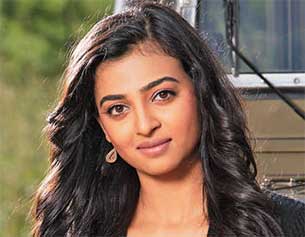 Radhika Apte has been roped in opposite N. Balakrishna in his upcoming Telugu yet untitled political-thriller. The film's director Boyapati Srinu says the actress has a very important part to play in the film.

"Radhika has a very meaty role to perform. It's something she hasn't done before. I'm sure the audience will love it. I know there are two actresses in the film, but both of them have equally important parts to play. I have given equal screen time for both," Srinu told IANS.

"Radhika will start shooting from Sep 26 onwards. We have already shot some important scenes featuring Sonal and Balakrishna," he added.

The film, which is being produced by 14 Reels Entertainment, also features Jagapati Babu in the role of an antagonist.

Devi Sri Prasad has been roped in to compose tunes for the film.