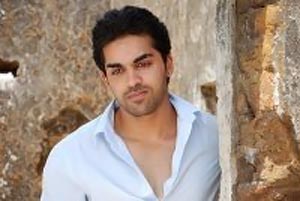 Featured Video
Films is having a mystery track running wherein the lead protagonist Anupama (Barkha Bishta) is being stalked by a black-hooded guy whose face has not been revealed.

The news coming in is that Mayank Gandhi who debuted with 9X' Bollywood Ka Ticket and then went on to play a negative role in Zee's Kasamh Se will soon be entering Doli Saja Ke to play the mysterious man.

Confirming this news, Mayank told Telly Buzz, "My character has been there for a while in the show, but my face had not been revealed. I play the negative and obsessed guy who is following Anupama all the while. I have a motive behind all these actions, but I cannot talk about the mystery part. I am super excited to play this character".

The present track has Daksh (Indraneil Sengupta) and his entire family spending time in their farm house where they encounter various mysterious happenings. There are many attempts made by a black-hooded guy to eliminate Daksh from the scenario, at the same time he is obsessed with Anupama.

Mayank Gandhi will be entering sometime next week. He is presently seen in Star Plus' Tuj Sang Preet Lagayi Sajna wherein he plays a negative character who is posing to be very positive.

Let's now see what this mystery track has in store for viewers.. 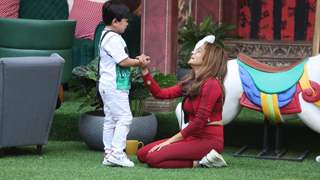 13 years ago wow hotty is entering the show..........thts great can't wait for this new track to start once his face is shown

+ 3
13 years ago I thought this Drama went off air *Confused* anyways i remember this Guy from KJBKT, I never really liked him or his acting, But maybe it has improved if producers are taking him on board .. Anyways Good Luck to him !!

13 years ago i dont like mayank .but he may be good dancer and comic but not good actor bacause he is stiltedness looks ... nevertheless good luck mayank ....