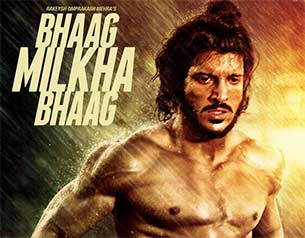 Actor-filmmaker Farhan Akhtar says the poem for his campaign MARD - Men Against Rape and Discrimination - will soon be out in other languages.

"For those asking, we will be recording the MARD poem in more languages. This is just the beginning," Farhan posted on microblogging website Twitter Tuesday.

MARD, a social campaign launched by Farhan, aims to raise social awareness against rape and discrimination of women.

The poem is written by Javed Akhtar and has been narrated by the "Bhaag Milkha Bhaag" actor.

The 40-year-old promoted the campaign while sporting a moustache.