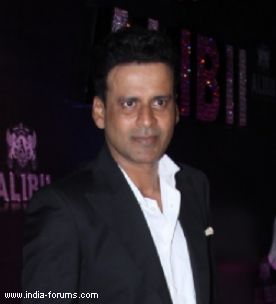 Acclaimed actor Manoj Bajpai, who is returning to the small screen as the host of a new crime-based show "Encounter", says he has tried to give the narrative a touch of grandmothers' storytelling style.

"I am the anchor of the show, and we are trying to do something new with anchoring. The way grandmothers used to tell stories - where you could picture everything, that is what I have tried," the 44-year-old said here Sunday in an interview.

Manoj also said the show will give you the feel of watching a film.

"'Encounter' is about the famous encounters that have happened in Mumbai between police and gangsters. Every week, we will tell you about one encounter, it's history and will present it in a very interesting way. To simplify, it's going to be the fun of movies on TV," he said.

Meanwhile, on the film front, two of Manoj's movies are in post-production and he is very excited about them.

"One is 'Traffic' by Endemol and it is a brilliant film. I call it a social thriller. I guarantee that when you see it, you won't know when it started and when it ended," said the actor, last seen on the big screen in "Satyagraha".

"The second is 'Saat Uchakkey' by Neeraj Pandey's production house Friday Filmworks and the director is Sanjeev Sharma," he added.

Anurag Kashyap Clarifies His Image of 'Consuming Drugs'; ...
8 minutes ago