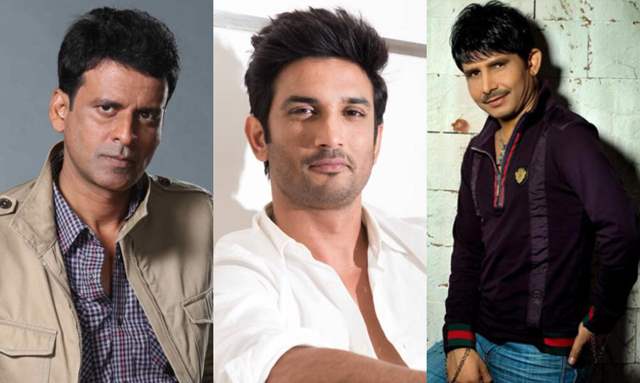 Sushant Sigh Rajput’s untimely death has taken the entire film industry by a storm and there has been a massive uproar in the industry and social media. While the entire nation has seen divided opinion about Sushant’s sad demise, the respective clans are trying their best to prove what is right and wrong.

As the nation mourns the loss of a talented actor, film critic Kamaal R Khan aka KRK was among many who expressed grief over Sushant Singh Rajput’s demise.

However, filmmaker Milap Zaveri’s Tweet totally contradicts the emotional struggle KRK has been through. He pointed out Kamaal didn’t always speak so highly of Sushant. The filmmaker shared a compilation of videos in which one of them featured KRK bashing Sushant’s performance in Kedarnath and trying to downplay him by passing personal attacks.

Milap called out Kamaal R Khan through his Tweet and called him a disgusting person. He wrote: “This is the true face of the fraud and disgusting Krk. Today he is trying to profit off a tragedy with his fake tears. But the reality is that he was horrid to Sushant while he was alive. Krk is the one insulting the departed with his fake behaviour. Time to stop such people.”

Soon, Milap received support from Manoj Bajpayee and several other celebrities who agreed to the Satyameva Jayate director.

Manoj reposted Milap's tweet and wrote, “With you on this @zmilap also urge the people from the industry who mentor these elements to stop doing so else KARMA is waiting ....!!!”

Meanwhile, several other Bollywood celebs including - Hansal Mehta Vir Das, Suresh Menon and Rakul Preet Singh among others stood in support of Milap Zaveri to show call out KRK.

ChickenSoup 2 months ago KRK is the biggest hypocrite ever. He mercilessy mocked and insulted SSR when he was alive and now he’s acting like he cared about the guy. Watch his Kedarnath review. He is clearly seen saying “Sushant ko acting nahi aati”. This guy is a clown. He’s using SSR’s death as a publicity stunt like most of bollywood.

pyar-ishk 2 months ago Gosh this fake Karan Johar, wannabe is disgusting. His time of retribution will come when he least expect it. RIP SSR, we miss you

Roadies Revolution: Permanent rivals Arushi and Apoorva to ...
19 minutes ago

Abhishek Bachchan has the most Humble and Savage reply to a ...
21 minutes ago

Ravi Kishan gets Y+ security after threat calls for speaking ...
23 minutes ago

Kushal Tandon feels there is enough work for everyone in the ...
31 minutes ago

Anurag Kashyap arrives at Versova police station for ...
56 minutes ago

Mirzapur star Divyenndu opens up about his Journey from ...
14 hours ago

Nawazuddin Siddiqui shares the best compliment he received ...
17 hours ago