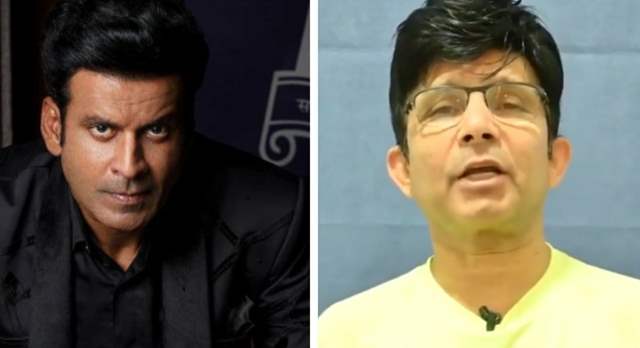 Actor and self-proclaimed critic Kamal R Khan continues to find himself in more and more problems with every passing day. Known for his lambasting comments about films and more so about actors where he doesn't pay attention to his language as well, Khan has multiple controversies attached to him. A few months ago, a case was slammed on him by superstar Salman Khan for his review and comments on the film, Radhe.

Now, actor Manoj Bajpayee is the latest to have filed a defamation suit on Khan at a court in Indore. The actor has taken action following a derogatory tweet by KRK and according to PTI, he has filed a criminal complaint in the court of judicial magistrate first class (JMFC) under IPC section 500 (punishment for defamation). The objectionable tweet in question was posted by KRK last month and reportedly tarnished Manoj Bajpayee’s image while speaking about the actor’s last OTT release The Family Man 2.

His lawyer reportedly stated that Manoj Bajpayee personally appeared before the court to record his statement and urged the court to register a criminal defamation case in the matter.