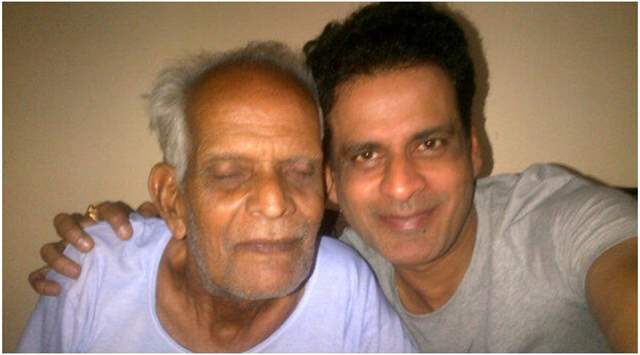 Manoj Bajpayee is currently facing a very tough time in his personal life. The actor was shooting in Kerala for his next project but he left everything mid way as soon as he got to know about his father's ill health.

Manoj's father, R.K. Bajpayee is 83 years old and due to a medical emergency he was rushed to a Delhi hospital. At the moment he is receiving treatment but his condition is very critical.

The father- son duo share a great bond and upon getting the news of his dad's sudden medical condition, the actor couldn't hold himself back and without a second thought left everything and rushed to Delhi.

As per our close source, the actor is very close to his father and he wanted to be there for him when he is battling for life.

The source further told us,

Manoj's father, Mr. R.K. Bajpayee's condition is quite critical and after hearing the news Manoj couldn't hold back and immediately rushed to Delhi from Kerala where he was shooting for his next project. He wanted to see his father and be with his family is such a difficult time.

National awards and Padmashree winner, Manoj Bajpayee was born in Belwa, a small village near the city Bettiah in West Champaran district in Bihar.

Later, to grow in his career, he shifted to Delhi and joined the National School of Drama, and then moved to Mumbai to pursue his dream to be an actor.

The 52-year-old actor is currently basking in the success of his numerous OTT releases.

We pray for Manoj Bajpayee's father's health and wish him a speedy recovery and may God give strength to the Bajpayee family in such crucial times.