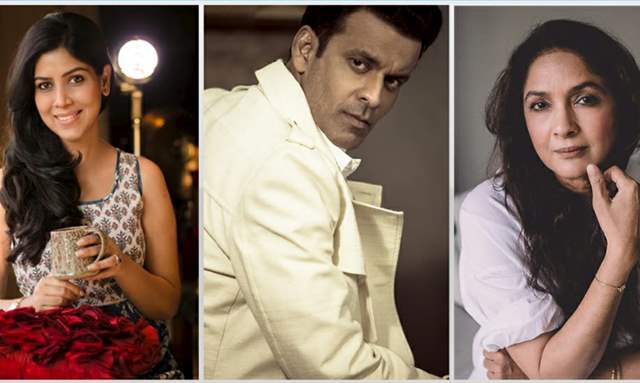 Actor Manoj Bajpayee has surprised his fans with the announcement of his upcoming film. The actor shared the details of his next which is touted to be an exciting thriller entertainer.

The 51-year-old actor took to his Twitter handle to spill the details of his next film and also revealed the cast.

He shared, "Excited to announce my next thriller drama #DIAL100 with my extremely talented and beautiful co-stars, @Neenagupta001 and #SakshiTanwar, directed by @RensilDSilva. The drama and suspense has made me fall in love with it already. Can't wait to begin this journey!"

Set to be a thriller, the film will be directed by prominent director Rensil D'Silva and will feature Manoj Bajpayee, Neena Gupta and Sakshi Tanwar. Dial 100 will be made in collaboration with Song Pictures and will revolve around various facets of relationships people share.